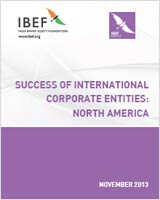 Relations between India and North America, mainly the US, in the political, strategic and economic spheres have progressed significantly over the last two decades. The following decades saw the two countries signing important cooperation agreements in the areas of trade and economy, defense and security, counter-terrorism, high technology, space technology, clean energy and civil nuclear energy, among others. Among recent developments, the India-US Strategic Dialogue launched in 2009 is seen to further enhance ties between the two countries.