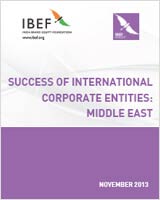 Over the years, India’s focus has been to maintain relations with the UAE. UAE has emerged as the largest trading and investing partner from the region for India. India has signed various agreements with the UAE, which are focussed on business, culture, employment, civil aviation and enhancing people-topeople interactions.