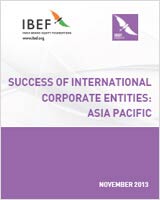 The region has been at the forefront in driving global economy over the years. India and its neighbouring nations China, Singapore, Japan and South Korea, among others, are the main drivers behind the region’s success. Although various linguistic, cultural and political diversities exist between the countries, common grounds of religion and historical inheritance bind them together. Also, the mutual goal of achieving faster economic growth and social development has kept them knitted over the years.

India shares a cordial relationship with most of the countries in the Asia-Pacific region. India’s postliberalisation “Look East” policy was a turning point, providing great impetus to India’s relations with other nations in Asia-Pacific. The “Look East” policy, focussed on India’s relations with the Association of South East Asian Nations (ASEAN)1, was initiated in 1992. The alliance was further strengthened with India becoming dialogue partner of ASEAN and a member of the ASEAN Regional Forum in 1996. This facilitated focussed interaction between India and ASEAN countries. Apart from the ASEAN economies, India enjoys strategic and economic ties with countries such as China, South Korea, Australia, Hong Kong and Japan. Bilateral links between two largest economies in Asia-Pacific – India and China – have improved significantly since the late 1980s, in parallel with the growth in Asia-Pacific. With Japan, India has established defence and security co-operation. South Korea is a major investor in India.