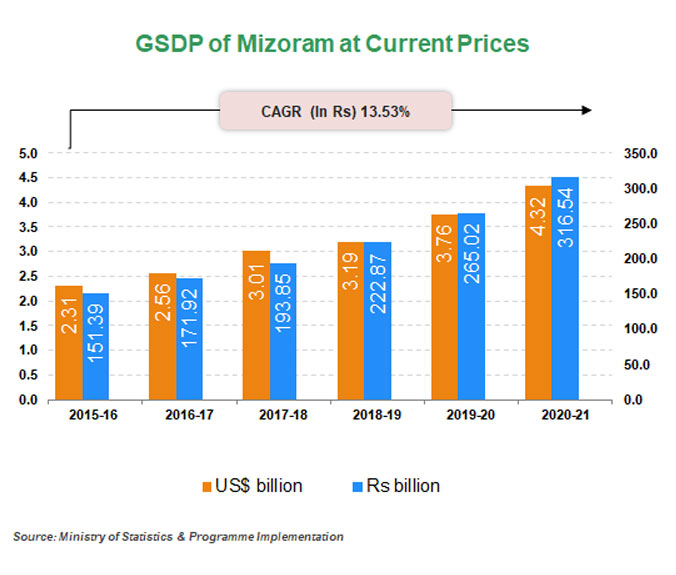 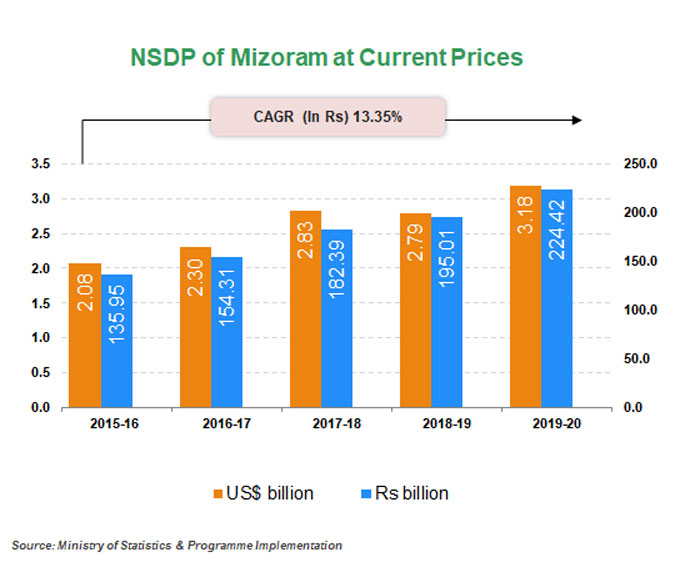 Mizoram is one of the seven states in the northeast. Mizoram shares its borders with other northeast states like Manipur, Tripura, and Assam as well as with neighboring countries of Bangladesh and Myanmar.

Industries in the state enjoy a unique location-specific advantage. Bordering Myanmar and Bangladesh, Mizoram offers a gateway for engaging in international trade with Southeast Asian countries. With improving road, rail and air connectivity and the establishment of trade routes with neighboring countries, trade facilitation has improved over the last decade.

Bamboo forests cover 3,267 sq kms of Mizoram’s geographical area. There is an estimated growing stock of 25.26 million metric tonnes (MMT) of 35 varieties of bamboo in the state.  It offers immense potential for commercial exploitation of the natural resources for export-oriented industries.

The climatic conditions in the state provide a conducive breeding ground for commercial exploitation of all kinds of silkworms. Sericulture remains one of the state's key industries. Raw silk production in Mizoram stood at 104 metric tonnes in 2019-20.

With a literacy rate of 91.33%, Mizoram offers a highly literate workforce. Knowledge of English is an added advantage for the Mizo workforce.

With improving road, rail and air connectivity and the establishment of trade routes with neighboring countries, trade facilitation has improved over the last decade.

According to Department for Promotion of Industry and Internal Trade (DPIIT), cumulative Foreign Direct Investment (FDI) inflow in Mizoram stood at US$ 116 million between April 2000 to March 2019 and US$ 6 million during H1FY20.