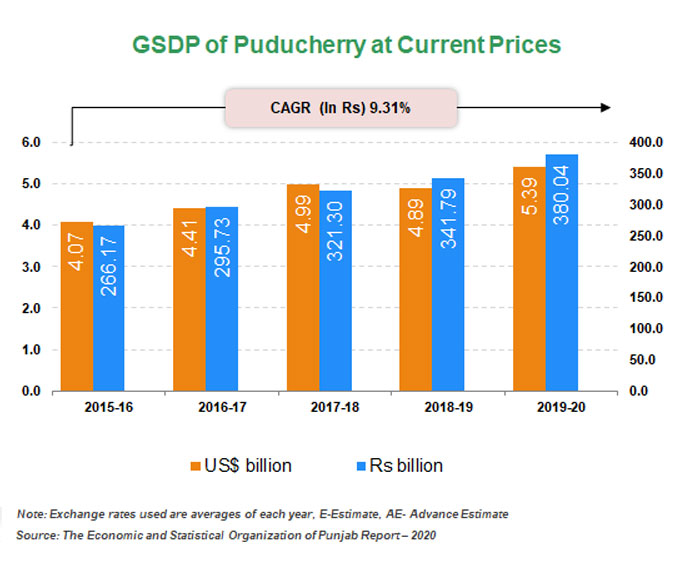 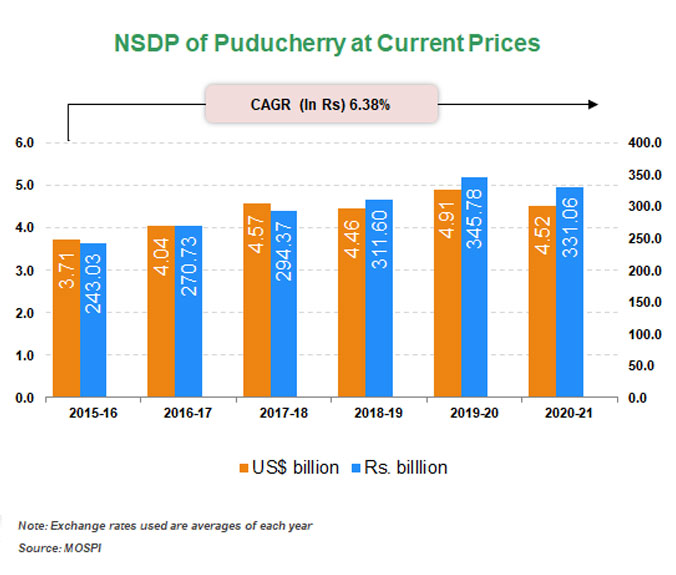 Puducherry, a union territory (UT) of India, is bounded on the East by the Bay of Bengal and on the remaining three sides by Tamil Nadu.

The UT comprises Puducherry, Karaikal, Mahe and Yanam, wherein Karaikal lies about 130 km south of Puducherry on the East Coast and Mahe is situated on the Malabar Coast on the Western Ghats surrounded by Kerala. Yanam is situated adjoining the East Godavari district of Andhra Pradesh.

The UT has a well-developed social, physical and industrial infrastructure. It has a domestic airport that connects it to cities such as Bengaluru, Hyderabad and Vijayawada. It also two port in Puducherry and Karaikal. 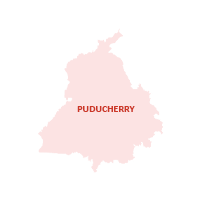