With a Human Heart 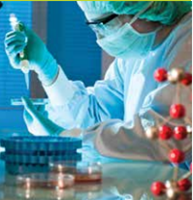 The field of biomedical engineering is just coming into its own in India. CGN Research Labs is unique in its devotion to the promotion of cutting-edge research, technology and innovation in a field that would add lustre to India's growth story. Dr C Jairaj Kumar, Director, R&D, and Chief Medical Officer, CGN Research Labs, is confident of the country increasing its presence in the field: "Majority of the medical equipments that we use are currently imported or non-Indian innovations. We do not have established Indian medical device innovations that rule international market. But this field offers huge potential with increasing promotional programmes aimed at encouraging Indian innovations. We are sure several Indian companies shall make their mark in medical device industry in the near future." The researcher firmly believes that "established mid-sized medical device companies in India must focus on path breaking innovations rather than making small technical improvements to their existing device." This is the way for India to make its mark as an innovator of medical equipment on the global firmament.

CGN Research Labs was founded in 2010 by Dr Jairaj Kumar, Joint Managing Director of the company and Mr C Satish Kumar, Chairman and Managing Director, with two inventions-the first was a device that uses the revolutionary chaos theory to diagnose diabetic neuropathy and the second a device called Thermo Scan, that was developed using a patented nanoparticle focal plane array.