India's aviation sector has become the third largest domestic aviation market in the world in terms of handling domestic traffic.

* Country will become the third largest aviation market in terms of passengers by 2024.^

* Land allotment for entities setting up MRO facilities in India has been revised to a period of 30 years in September 2021, from the current 3-5 years as the government aims to make India a ‘Global MRO Hub.’

* Foreign investment up to 49% is allowed under the automatic route.

* Under Union Budget 2021-22, the government lowered the custom duty from 2.5% to 0% on components or parts, including engines, for manufacturing of aircrafts by public sector units of the Ministry of Defence.

India is expected to overtake China and the United States as the world's third-largest air passenger market in the next ten years, by 2030, according to the International Air Transport Association (IATA).

According to the data released by the Department for Promotion of Industry and Internal Trade (DPIIT), FDI inflow in India’s air transport sector (including air freight) reached US$ 3.56 billion between April 2000-June 2022.

In February 2022, the Airports Authority of India (AAI) and other airport developers have set a capital

AAI plans to invest Rs. 25,000 crore (US$ 3.58 billion) in next the five years to augment facilities and infrastructure at airports.

The road ahead poses strong opportunities for the aviation sector.

India’s aviation industry is largely untapped with huge growth opportunities, considering that air transport is still expensive for majority of the country’s population, of which nearly 40% is the upwardly mobile middle class.

The President of India, Ms. Droupadi Murmu said that India has become the third largest aviation market in the world, with the number of airports in the country increasing from 74 in 2014 to 147 in 2022.

Domestic air traffic continues to rise and records an annual growth of nearly 47% during January-December 2022...

DGCA has reported that domestic air traffic is continuously increasing and an annual growth of 47.05% was registered for the period of January-December 2022 and around 12.32 crores of passengers were carried by domestic airlines.

Direct employment in the aviation and aeronautical manufacturing sector is around 250,000 employees...

The government of India is taking several measures to increase the growth of the aviation sector and the direct employment in aviation and aeronautical manufacturing sectors stands out at around 250,000 employees.

During the last seven years, 6 more airports have been constructed/declared as international airports...

Over the past seven years the number of international airports in our country has increased to 30. The domestic aviation market got deregulated when the Air Corporation Act was repealed, as a result, the airline service providers are free to provide air services within the country depending on the traffic demand and commercial viability.

For international flight services, Indian carriers are free to mount services from India to a foreign destination in compliance with the bilateral agreements. 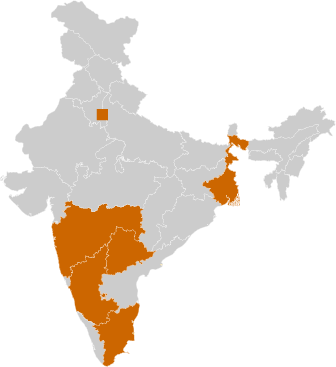 India is the fastest growig domestic air market in the world