India ranks 4th in the world in terms of installed renewable energy capacity and India's non-fossil fuel energy has grown by over 25% in the previous 7 years.

* The Central Electricity Authority estimates India’s power requirement to grow to reach 817 GW by 2030. Most of the demand will come from real estate and transport sectors.

* Rising foreign investment in the renewable sector (such as the US$ 75 billion investment from the UAE) is expected to promote further investments in the country.

India’s installed renewable energy capacity is the fourth largest in the world. The Government is committed to increased use of clean energy sources and is already undertaking various large-scale sustainable power projects and promoting green energy heavily. In addition, renewable energy has the potential to create many employment opportunities at all levels, especially in rural areas.

India has low conventional energy resources compared to its required energy needs driven by a huge population and a rapidly increasing economy. However, India can harness the huge potential of solar energy as it receives sunshine for most of the year. It also has vast potential in the hydro power sector which is being explored across states, especially in the northeast. India is the only country among the G20 countries who is on track to achieve its targets under the Paris Agreement.

According to the data released by the Department for Promotion of Industry and Internal Trade (DPIIT), FDI inflow in the Indian non-conventional energy sector stood at US$ 11.62 billion between April 2000-March 2022. Since 2014, the renewable energy sector in India has seen investments totaling more than Rs. 5.2 lakh crore (US$ 70 billion).

Adani Green Energy Ltd. (AGEL) has acquired SB Energy India for US$ 3.5 billion to strengthen its position in the renewable energy sector in India. Reliance Industries has announced an investment of Rs. 75,000 crore (US$ 10.07 billion) in the green energy segment.

With regards to government initiatives, in the Union Budget 2022-23, the allocation for the Solar Energy Corporation of India (SECI), which is currently responsible for the development of the entire renewable energy sector, stood at Rs. 1,000 crores (US$ 132 million). The government also allocated Rs. 19,500 crore (US$ 2.57 billion) for a PLI scheme to boost manufacturing of high-efficiency solar modules.

India has launched the Mission Innovation CleanTech Exchange, a global initiative that will create a whole network of incubators across member countries to accelerate clean energy innovation. Prime Minister Mr. Narendra Modi pledged to boost India's renewable energy generation capacity to 500 GW and satisfy half of India's energy needs through renewable sources by the year 2030 at the Cop-26 Summit in Glasgow.

The Government of India wants to develop a ‘green city’ in every state of the country, powered by renewable energy. The ‘green city’ will mainstream environment-friendly power through solar rooftop systems on all its houses, solar parks on the city’s outskirts, waste to energy plants and electric mobility-enabled public transport systems.

It is expected that by 2040, around 49% of the total electricity will be generated by renewable energy as more efficient batteries will be used to store electricity, which will further cut the solar energy cost by 66% as compared to the current cost. Use of renewables in place of coal will save India Rs. 54,000 crore (US$ 8.43 billion) annually.

India’s renewable energy sector is expected to attract investment worth US$ 80 billion in the next four years.

According to a United Nations (UN) estimate, China, India, Japan, the United States, and Europe received 84% of roughly US$ 1 trillion in worldwide investment in energy transition technologies in 2021.

Under Phase-I & II of FAME India Scheme, the Ministry of Heavy Industries has installed 532 charging stations.

According to a Niti Aayog estimate, India's battery storage capacity would reach 600 gigawatt hours (GWh) by 2030.

Green finance may become a bright and robust strand of the expanding economic links between India and the US in the next 25 years, and the two countries have the intent and will to lead the global fight against climate change.

Over 13 lakh Electric Vehicles in use in India... 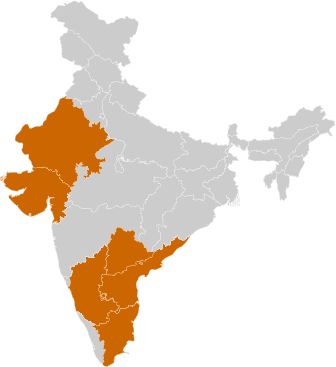 India is the fourth most attractive country on the renewable energy index globally.

The Rise of India’s Drone Industry An airborne drone is a device th...

How India will build social media for the world

With 467 million users, India is one of the largest markets for social medi...