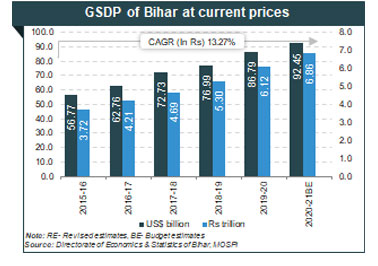 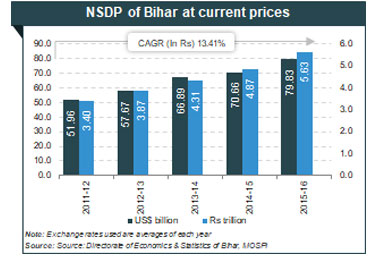 Bihar is located in the eastern part of India.

The state has a large base of cost-effective industrial labour, making it an ideal destination for a wide range of industries. The state enjoys a unique location specific advantage because of its proximity to the vast markets of eastern and northern India, access to ports such as Kolkata and Haldia and to raw material sources and mineral reserves from the neighbouring states.