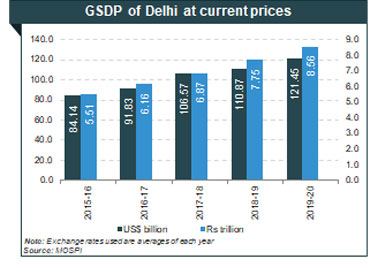 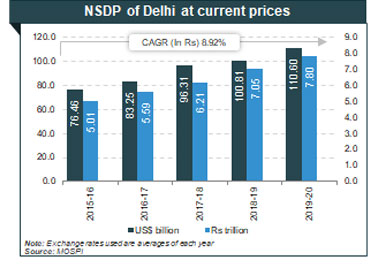 Delhi has an attractive real estate market and is a preferred tourist destination. Owing to its location, connectivity and rich cultural history, Delhi has always been a prime tourist attraction of the country. The average daily line utilisation of Delhi Metro was recorded at 6.42 lakh on September 14, 2020.

The Government of Delhi is committed towards creating a progressive business environment. The new Industrial Policy 2010-21 aims to provide a conducive environment for knowledge-based and hi-tech IT/ITeS industries in Delhi.

Delhi has a large skill base. 30% of the workforce is qualified for occupations such as engineering, medicine, law, and consultancy. Among all the states, Delhi has the largest share of skilled workforce, making it suitable for knowledge-based economic activities such as IT/ITeS, designing, R&D and financial services.

According to the Department for Promotion of Industry and Internal Trade (DPIIT), Foreign Direct Investment (FDI) inflow in Delhi stood at US$ 6,635.30 million between October 2019 and September 2020.

Some of the major initiatives taken by the Government to promote Delhi as an investment destination are: