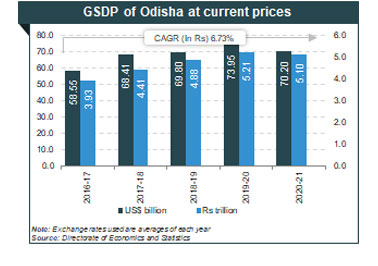 It is the first state in India to have undertaken reform and restructuring initiatives in the power sector. As of April 2021, Odisha accounted for a total installed power generation capacity of 8,594.47 megawatts (MW).