Introduction
India's nascent gaming industry has had a remarkable rise in recent years, quickly propelling it into one of the biggest global markets for gaming. India's massive youth population is fuelling this expansion, along with higher disposable incomes, new gaming genres, and an increase in tablet and smartphone users making gaming easily accessible.

Along with gamers, the game development community in India has also been on a steady rise. Today, the Indian game developer ecosystem has plenty of opportunities to innovate and create exciting content with engaging social and cultural contexts appealing to the Indian consumer, thanks to a rising customer base and established e-commerce solutions. This growth is aided by an abundance of creative talent in the country, with Indians possessing a diverse skillset across IT, design, development, and testing.

Market Size & Current Scenario
India's gaming market size is estimated to be around US$ 2.6 billion in FY22, and it is predicted to reach US$ 8.6 billion by FY27. 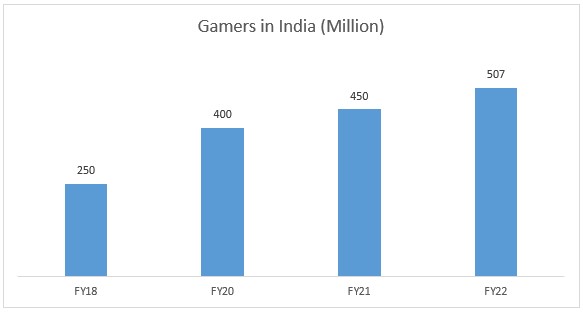 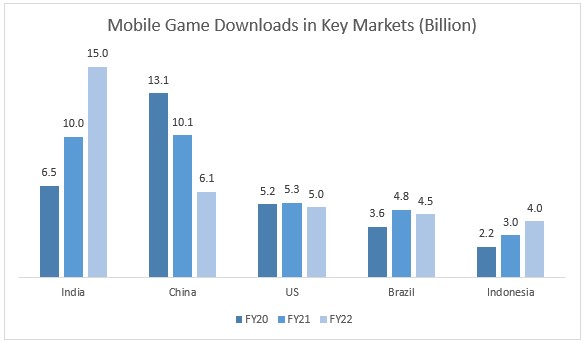 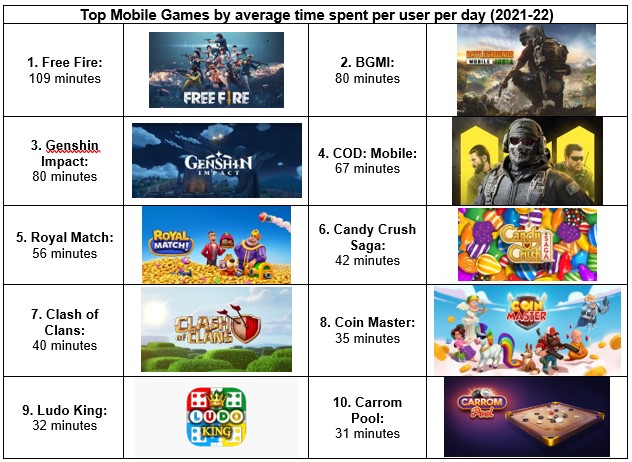 Female participation is increasing not only in the gaming space, but also in the game development space. Women are now leading the charge in creating women-themed designs, visuals, and lead characters, shattering gender norms, and establishing a leading presence in the sector.

The Science and Engineering Research Board (SERB) of the Department of Science and Technology has identified three main directions for its Digital Gaming Research Initiative - R&D in learning and leisure gaming platforms, immersive game prototypes with an emphasis on Indian culture and values, and a collaborative technical design process, which was made by SERB Game Labs.

Road Ahead
In recent times, India has witnessed a genuine uptick in e-sports, console gaming, mobile gaming, and game development. This growth was significantly aided by the pandemic, which allowed people to explore all kinds of gaming choices within the confines of their homes. There has also been a notable change in people's attitude toward game development. While the gaming industry earlier was not considered a career option for most people, plenty of new Indian talent is currently entering the industry and seeing game development as a legitimate career option.

Future growth in the Indian gaming industry will be brought about as a result of rapid digitalisation and change, rising internet usage, and increasing smartphone penetration. There will be creation of new features, and players will be able to enjoy more lifelike, vibrant, and captivating experiences. Gaming experiences will continue advancing and eventually help the Indian gaming industry achieve remarkable heights.