Indian Space Research Organization (ISRO) is counted amongst the top six Government space agencies in the world today. Its vision to 'harness space technology for national development' has truly set very high standards for the rest of the world. ISRO has in fact put India in an elite club of nations with outstanding space technology advancements. The organisation employs thousands of scientists and technical experts across a variety of fields, working relentlessly towards future space missions. 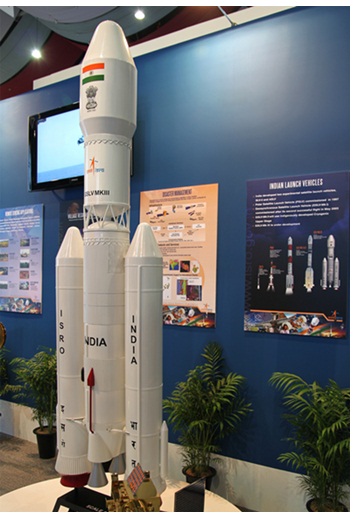 ISRO built India's first satellite, Aryabhata, which was launched by the Soviet Union on 19 April 1975. It was named after the Mathematician Aryabhata. In 1980, Rohini became the first satellite to be placed in orbit by an Indian-made launch vehicle, SLV-3. ISRO sent a lunar orbiter, Chandrayaan-1, on 22 October 2008 and a Mars orbiter, Mars Orbiter Mission, on 5 November 2013, which entered Mars orbit on 24 September 2014, making India the first nation to succeed on its first attempt to Mars, and ISRO the fourth space agency in the world as well as the first space agency in Asia to reach Mars orbit. Mars Orbiter Mission had a budget of just Rs 450 crore, making this Mars mission the least expensive till now. The goal of the mission was to collect more data on the atmosphere of the planet.

On February 15, 2017, ISRO created history by lifting off 104 satellites using the Polar Satellite Launch Vehicle (PSLV), an Indian rocket. The launch took place on the Sriharikota spaceport in Andhra Pradesh and successfully managed to put these satellites into their desired orbit in one go. 101 were foreign satellites out of the 104 launched. It also included the Cartostat-2 series, India's earth observation satellite.

In July this year, ISRO has carried out a major technology demonstration, the first in a series of tests to qualify a Crew Escape System, which is a critical technology relevant for human spaceflight.

Future plans of ISRO include the development of a Unified Launch Vehicle (ULV), development of a reusable launch vehicle, human spaceflight, controlled soft lunar landing, interplanetary probes, and a solar spacecraft mission. The core objective of a ULV is to design a modular architecture that could eventually replace the PSLV, GSLV Mk I/II and LVM3 with a single family of launchers.

Moreover, 30 Polar Satellite Launch Vehicles (PSLVs) and 10 Geo-synchronous Satellite Launch Vehicles (GSLV) MK III (ISRO's Fat Boy) rockets are targeted to be in space by 2022. The first batch of 12 rockets will launch by July 2019. "ISRO has been launching only 3 to 4 rockets annually. We are looking at sending 12 to 18 rockets each year, with everything done indigenously. So the firms supplying us all our parts need to ramp up their production capacity massively and hire additional manpower to meet our demand. Hiring in large numbers will have to take place, particularly in the manufacturing, fabrication and quality control sectors," said Mr K Sivan, Chairman, ISRO.

An Indian astronaut, be it a man or a woman, will go on a space odyssey by 2022 on board "Gaganyaan", Indian Prime Minister Mr Narendra Modi announced in his Independence Day address on August 15, 2018.

So far, only the US, Russia and China have launched human spaceflights. Mr Sivan adds that a mission document for India's human space program is in the making. "Critical technologies are being developed for our human space program, as it is India's dream to put a man in space," he cites.