The Textile and Apparel Exports of India

The Indian Textile and Apparel Industry
The Indian Textile and Apparel Industry is valued at over US$ 100 billion, employing over 45 million people and accounting for 14% of the country's industrial production. India is a global leader in producing several textile products, such as being the second biggest producer of silk, cotton and Multimode Fibre (MMF). It is also a world leader in jute production, accounting for nearly 70% of global production. Additionally, based on capacity, the country has the second largest vertically integrated production base after China. This leadership position gives the country significant advantages, such as manufacturing strength across the value chain and a huge raw material base. The value chain includes weaving, spinning, garmenting and processing. 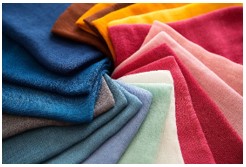 The Confederation of Indian Industry (CII) expects the industry to achieve a production level of US$ 250 billion by FY25, rising at a Compounded Annual Growth Rate (CAGR) of 12% between FY22 and FY25. In terms of exports, the CII expects industry exports to increase at a CAGR of 15% and reach US$ 185 billion by FY25. This target would help India double its share of the global textile and apparel trade from the current level of 5%. Growth is expected to be driven by demographic dividend, an increasing tendency to spend more on lifestyle products, and the spread of e-retailing and organised retailing in smaller towns and rural areas, thus boosting domestic demand. The growth in the industry will maximise value creation and employment generation and boost investment of approximately US$ 180 billion in the industry.

Textile and Apparel Exports from India
The Indian textile industry contributes approximately 15% to the country's export earnings. In FY22, textiles, handicrafts and apparel accounted for 10.6% of India's total exports. Barring a decline in FY20 and FY21, exports have risen steadily since FY16. Textile and apparel exports rose to their highest level in FY22, reaching US$ 44.4 billion and growing 41% over FY21 and 26% over FY20. Exports have increased 13.9% since FY16. In FY22, the US was the top export destination, accounting for 27% of textile exports, followed by the EU (18%) and Bangladesh (12%). Further details of textile and apparel exports are given below.

As seen above, readymade garments represent the largest share of textile exports, followed by exports of cotton textiles until FY21. However, cotton textile exports rose significantly in FY22, surpassing the readymade garment segment and thus contributing to the highest share. India is a net exporter with respect to the textile and apparel industry, which implies that textile and apparel exports exceed the country's imports. Hence, the industry is important in earning valuable foreign exchange and reducing the current account deficit. The government aims to achieve US$ 100 billion in textile exports by 2030.

Indian Textile Trade (in US$ billion)

Government Initiatives to Promote Exports of Textile and Apparels
Given the textile and apparel industry's importance in developing the Indian economy, the government has announced several reforms to grow the industry and promote exports. Some of these reforms are mentioned below.

Development capital support will not exceed Rs. 500 crore (US$ 62.6 million) for greenfield projects and Rs. 200 crore (US$ 25 crore) for brownfield projects. Furthermore, the development capital support will be restricted to 30% of the project cost for the greenfield and brownfield projects. States with an encumbrance-free and contiguous land parcel of more than 1,000 acres as well as other textile and related facilities were invited to present applications. The parks will consist of the following infrastructure:

Besides the schemes mentioned above, the government has formulated initiatives by providing financial incentives in the form of subsidies and reduced taxes. The government, in 2021, scrapped the anti-dumping duty on PTA, a crucial raw material for manufacturing MMF and yarn. It also removed the anti-dumping duty on acrylic fibre, a raw material for yarn. The government also helps textile and apparel exporters under the Market Access Initiative Scheme. 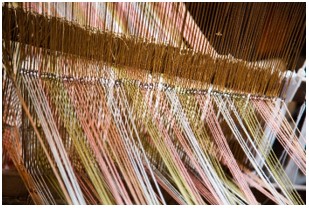 The Indian textile and apparel industry is among the largest in the world. The industry benefits from the domestic availability of raw materials, a large manufacturing base, diversified and innovative products, and growing demand from domestic and international consumers. In terms of production, India is already a market leader in several industry segments, such as silk, cotton and jute production. In terms of exports, India recorded the highest textile exports in FY22, reaching US$ 44.4 billion. Readymade garments and cotton textile comprise most of the country's textile and apparel exports. The government aims to reach US$ 100 billion in textile exports by FY30 and has taken steps to achieve this ambitious target. Government schemes such as the establishment of PM MITRA Parks and the PLI scheme are expected to boost investment in the industry, contributing to significant growth in production, employment and exports. These measures will help India turn into a global market leader.