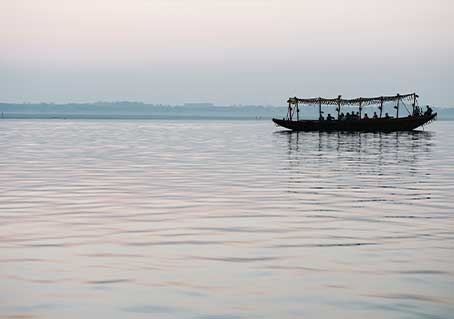 Brief Introduction of the Policy
On August 12, 2011, the National Mission for Clean Ganga (NMCG) was listed as a society under the Societies Registration Act, 1860. The consortium acts as the implementation arm of the National Ganga River Basin Authority (NGRBA), which was constituted under provisions of the Environment Protection Act (EPA), 1986, and was established to address pollution challenges in the Ganga river.

The operational area of this project comprises the Ganges Basin and all states through which the river flows, including Delhi. The objective of the National Mission for Clean Ganga is to reduce pollution and ensure rejuvenation of the Ganga river. This can be achieved by promoting intersectoral co-ordination for comprehensive planning & management and maintaining minimum ecological flow in the river, with the aim of ensuring water quality and environmentally sustainable development.

Need for the Policy
Ganga (or the Ganges) is among the largest rivers in Asia, flowing >2,500 kms from Goumukh in Uttarakhand to the Bay of Bengal at Ganga Sagar in West Bengal, covering 26% of India’s landmass.

In 2010, ~1.4 billion litres of untreated sewage was dumped into Ganga, according to a Hindu article published in 2011. Following this, in 2011, the Indian government took efforts to restore Ganga by focusing on engineering-based approaches to maintain its water quality; however, its limited efforts to involve local communities in the restoration process resulted in an unsuccessful attempt to revive the river. In addition, the government established the National Ganga River Basin Authority to address the issue of Ganga river at the basin level to maintain its water quality, ecological flows, biodiversity value and sustained ecosystem services.

Policy Details
The Environment Protection Act (EPA), 1986, envisages a five-tier structure at national, state and district levels to undertake measures to prevent, control and abate environmental pollution in the Ganga river. According to the act, the model structure will comprise the following:

The National Mission for Clean Ganga includes undertaking massive afforestation activities to conserve biodiversity, along with developing the flora & fauna and carrying out effective plans & policies to conserve dolphins, turtles and varieties of fish.

The organisation will have a two-tier management structure and consists of the Governing Council and Executive Committee that will be headed by the National Mission for Clean Ganga Chairman (also known as the Director General). In addition, the Executive Committee has been authorised to accord approval for all projects of up to Rs.1,000 crore (US$ 135.7 billion).

At the state level, State Programme Management Groups (SPMGs) will act as the implementing arm of State Ganga Committees. Thus, this newly created structure attempts to bring all stakeholders on a single platform and take a holistic approach to clean and rejuvenate Ganga.

Implementation of the National Mission for Clean Ganga is undertaken across three phases:

Namami Gange Programme
The Namami Gange Programme is a flagship initiative of the Union Government and was implemented by the National Mission for Clean Ganga. It was inaugurated in June 2014, with a budget of Rs. 20,000 (US$ 2.7 billion) to achieve two objectives, i.e., conservation and rejuvenation of Ganga.

Since the programme’s roll-out, the government has sanctioned 315 projects worth Rs. 28,862 (US$ 3.91 billion), of which 120 projects have been completed and the remaining are under various stages of development.

The National Mission for Clean Ganga Chairman Rajiv Ranjan Mishra said, “Namami Gange mission is an integrated mission for pollution abatement as well as improvement in ecology and flow of Ganga and its tributaries. The primary focus of the mission is improving ecology and reducing pollution. We have made considerable progress in these aspects. We are now taking policy initiatives for linking economic development with ecological improvement. Clean energy & water ways, along with biodiversity, conservation and wetland development remain a priority.”

Ganga Knowledge Centre
The National Mission for Clean Ganga established the Ganga Knowledge Centre (GKC) to improve on the implementation of the National Ganga River Basin Authority (NGRBA) programme. The main objectives of GKC are to create and manage knowledge resources including analysis and modeling of diverse data sets relevant to the Ganga River Basin; design and foster research innovation by identifying knowledge gaps, need for new ideas and supporting targeted research; and facilitate dialogue with stakeholders by involving the public and building partnerships with national and international universities/institutions, public & private entities and NGOs.

Conclusion
At present, the National Mission for Clean Ganga is not only limited to cleaning, but also aims to improve its ecology and conserve its biodiversity by ensuring ecological flow and protecting wetlands and springs. It is also focusing on rejuvenating smaller rivers. In addition, the National Mission for Clean Ganga is studying other rivers such as Yamuna and Ramganga and developing an environmental flow analysis (e-flow) of Yamuna and its key tributaries. The mission will also focus on strengthening institutions at the grassroot level and implementing community driver programmes.