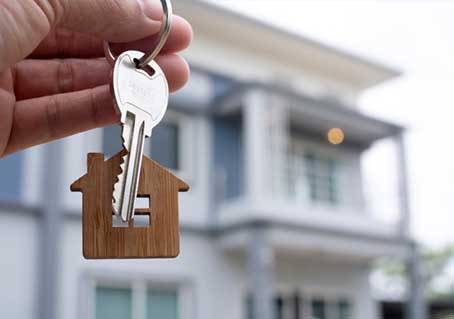 Need for PMAY
Over the past few decades, the significant rise in Indian population and income has resulted in higher housing demands. Despite the government’s efforts to meet the rising demand by introducing numerous public housing programmes (e.g., Jawaharlal Nehru National Urban Renewal Mission, 2005), there has been a shortage in housing. As per the Socio Economic and Caste Census (SECC), 2011, ~40 million Indian households were estimated as homeless or living in inadequate or congested housing or without basic facilities and with shortage of housing. Further, between 2012 and 2019, the average real housing prices increased faster than GDP per capita, hampering housing affordability, especially for low-income households.

To ensure affordable housing is available to all, in 2015, the government set a target to build affordable houses under the Pradhan Mantri Awas Yojana (PMJAY) and achieve ‘housing for all’ by 2022.

Therefore, the government’s continuous efforts are driving the overall development of the scheme and helping households avail affordable housing with ease.

Key Beneficiaries and Initiatives
Key beneficiaries under the PMAY initiative are as follows:

Key initiatives under PMAY-U and PMAY-G are as follows:

The following three key schemes under PMAY-U are:

In the Union Budget 2021-22, the government allocated funds worth Rs. 8,000 crore (US$ 1.07 billion) to the Pradhan Mantri Awas Yojana - Urban (PMAY-U). From the total amount, the government reserved funds for the following initiatives:

The Road Ahead…
The Pradhan Mantri Awas Yojana has made significant progress since its launch in 2015. The Economic Survey 2020-21 indicated that the Indian government is getting closer to achieve its housing goals for all by 2022; further highlighted that 90% urban households and ~78% rural households possess homes that were constructed with simple building materials (e.g., wood, cement, metals, bricks, concrete, etc.).

The scheme has had a tremendous influence on other sectors of the economy, resulting in a multiplier effect in terms of generating employment in ~30 occupational categories (e.g., plumbing, masonry, carpentry, etc.). In addition, PMAY-U’s forward and backward linkages created employment for ~1.65 million people in 2020.

The government is also undertaking several other initiatives to support the affordable housing mission. For example, in May 2020, an affordable rental housing complexes (ARHCs) scheme (a sub-scheme under PMAY) was launched to provide ease of living to urban migrants/poor from EWS/LIG groups, such as labours, urban poor (street seller, rickshaw puller, other service providers, etc.), factory workers and educational/ healthcare workers.

To further develop the mission, in the budgeted outlay for capital expenditure in FY22, the government increased the capex by 34.5% YoY, with a particular focus on railways, highways, urban transportation, electricity, telecom, textiles and affordable housing. With the government’s continuous effort to establish affordable houses, along with integrating PMAY with other schemes (e.g., Jal Jeevan Mission, MGNREGS, etc.), India is progressing well on its path to enable ‘affordable housing for all’.