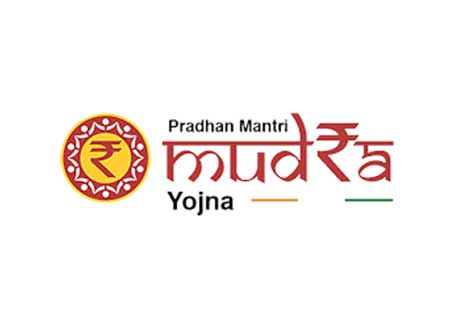 Introduction
In April 2015, the Indian government introduced the Pradhan Mantri MUDRA Yojana (PMMY) to provide loans of up to Rs. 10 lakh (US$ 13.54 thousand) to non-corporate, non-farm small/micro enterprises. Through PMMY, the government aims to support and fund small business owners to help them generate/create jobs in sectors such as manufacturing, services, retail and agriculture & allied industries.

The scheme was developed to aid unbanked citizens (who do not have a savings or checking account with a bank) by getting them into mainstream banking, assisting them with microcredits and empowering them to become self-reliant.

Moreover, this scheme, in collaboration with partner institutions, aims to cultivate an inclusive, sustainable and value-based entrepreneurship culture to boost self-employment, create new jobs and contribute to the overall development of the economy.

Need for PM Mudra Yojana
According to a 2013 NSSO survey, India comprised ~5.77 crore small/micro units, wherein a majority were sole proprietorships/own account enterprises, which employed ~12 crore people. Of the total small/micro units, ~60% were owed by people from scheduled castes, scheduled tribes and other backward classes. However, due to low credit availability, which was mostly generated from informal lenders such as friends and relatives. Providing micro/small business units with access to institutional finance will help create a significant potential for small businesses to generate employment opportunities and thereby, drive the country's economic growth.

In line with this, to support and boost the morale of aspiring young people who want to be first-generation entrepreneurs, in 2015, the government launched the MUDRA bank to ‘fund the unfunded’ small entrepreneurs. The initiative aims to empower ~58 million small businesses in India that account for just 4% institutional funding and employ >120 million people, many of whom are from low-income families.

In the last five years (from 2015 to 2020), the PMMY programme has benefited 24.48 crore loan accounts, with a sanction of Rs. 12.30 lakh crore (US$ 166.56 billion), allowing small business owners to contribute to the country's overall economic development.

According to a study published by the Labour Bureau, under the Ministry of Labour and Employment, MUDRA loans generated 11.2 million additional jobs between 2015 and 2018, wherein 55% were self-employed jobs and 45% comprised new jobs, which were created in existing businesses. In the same period, women workforce accounted for 62% of the total estimated increase in jobs in India.

According to the report, prior to the MUDRA scheme, 39.3 million people were working in numerous small businesses; this number increased to 50.4 million between 2015 and 2018. In addition, the number of self-employed people increased to 31 million until 2018, from 25.9 million (before the scheme). Also, the number of hired employees rose from 13.4 million to 19.5 million until 2018.

PMMY Sanctions in FY20 by sub-categories of borrowers

In FY20, 66% MUDRA loan accounts (in the Shishu category) belonged to women, who received 67% of the sanctioned amount. This high percentage was mainly due to MFIs lending microloans to women.

For FY20, the Indian government set a goal to achieve Rs. 3.25 lakh crore (~US$ 44 billion), under PMMY, which was distributed among various lending institutions, banks, MFIs (microfinance institutions) and NBFCs (non-banking finance companies) based on their scope and presence across the country.

In FY20, the overall output of the programme adopted by all lending institutions increased by 5% YoY at Rs. 3.37 lakh crore (~US$ 46 billion) from Rs. 3.21 lakh crore (~US$ 43 billion) (sanction amount) in FY19. In addition, public sector banks reported a 0.4% YoY surge and private sector banks posted a 43% YoY increase in terms of sanction amounts.

The Road Ahead…
PMMY is a significant step towards achieving financial inclusion, boosting employment and increasing the number of self-employed people.

However, in the past one year (since March 2021), the coronavirus pandemic has impacted the job market. Loss of employment in urban areas (due to the pandemic) has forced labourers to return to their rural native areas. Due to lack of work in such areas, some people are wanting to start small businesses to make a living, and the government is continuously taking measures to enable such businesses; this is boosting the demand for MUDRA loans. For example, in 2020, the government announced an interest subvention scheme for Shishu loans, as part of the Atmanirbhar Bharat (Self-reliant India) economic stimulus package. From FY15 to FY21, banks and financial institutions approved loans worth Rs. 14.96 lakh crore (US$ 202.65 billion), benefitting >28.68 crore beneficiaries in the country.

In addition, under PMMY, lending by private sector banks increased by 43% YoY in FY20. Therefore, the combined effort of the government and private sector is supporting the performance the PMMY scheme. Also, the rising number of beneficiaries benefiting from this scheme is indicative of the fact that India would further improve in its entrepreneurial capabilities and progress further in its self-reliance journey.