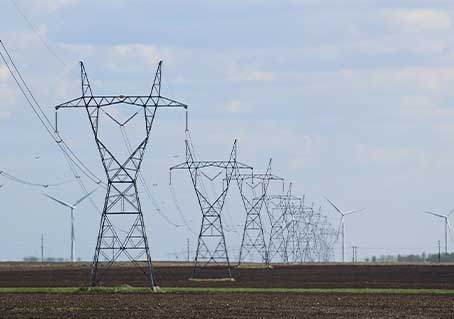 Introduction
On November 05, 2015, the Government of India launched Ujwal Discom Assurance Yojana Scheme to aid operational and financial turnaround of Power Distribution Companies (DISCOMs) owned by any state. This scheme was established with a vision to provide affordable and accessible 24×7 power to all. It also aims to provide a solution for revenue-side efficiency and cost-side efficiency. Moreover, the scheme envisages reform measures in the following sectors—generation, transmission, distribution, coal and energy efficiency.

Initially, the scheme was targeted for four years until 2019, providing revival package for electricity distribution companies; however, after understanding impact and prospect of this scheme, the government launched ‘UDAY 2.0’ as the next leg of reforms in the power distribution sector, under the Union Budget 2020-21.

Need for Ujwal DISCOM Assurance Yojana
In India, DISCOMs (Power Distribution Companies) have been accumulating losses and are under outstanding debt, as these utilities are supplying electricity at tariffs that are far below cost. These financially-stressed DISCOMs are not able to supply adequate power at affordable rates; this hampers the quality of life and overall economic growth and development.

Moreover, inefficiencies in power distribution, such as large transmission and distribution losses on power, have further strained finances of DISCOMs, who have been heavily borrowing from banks to operate themselves. Owing to DISCOMs massive pile of debts and accumulated losses, which stood at ~Rs. 2.75 lakh crore (US$ 49.60 billion) from 2011-12 to 2014-15, the government decided to develop a financial scheme to aid these DISCOMs and reduce their transmission losses.

Key objectives of the Ujwal DISCOM Assurance Yojana (UDAY) scheme are as follows:

Benefits to the Participating States

UDAY 2.0 and Liquidity Infusion Scheme
Under the Union Budget 2020-21, the Indian government launched ‘UDAY 2.0’ scheme, with an aim to install smart prepaid metres, prompt payments by DISCOMs, ensure short-term availability of coal and revive gas-based plants. In addition, Finance Minister Nirmala Sitharaman proposed a Rs. 3.05 lakh crore (US$ 41 billion) scheme, which will be implemented over five years, to revive DISCOMs and to develop a framework to provide an option to electricity consumers to choose from service providers.

On May 13, 2020, the central government introduced the liquidity infusion scheme, as part of the ‘Aatmanirbhar Bharat Abhiyan’, amid the outbreak of COVID-19 pandemic in the country. Owing to the consequent nationwide lockdown, revenues of the power distribution companies (DISCOMs) nosedived, as people were unable to pay their electricity bills. As of March 2021, power distribution utilities (DISCOMs) have been sanctioned loans of Rs. 1.35 lakh crore (US$ 18 billion) and disbursed Rs. 46,321 crore (US$ 6.16 billion) under the liquidity infusion scheme.

In addition, Power Finance Corporation (PFC) and Rural Electrification Corporation Ltd. (REC) extended special long-term transition loans at concessional rates to DISCOMs against their receivables from the state government in the form of electricity dues and subsidy not disbursed. This was done to enable them to clear their outstanding dues, as existed on June 30, 2020, towards Central Public Sector Undertaking (CPSU) Generation (GENCO) & Transmission Companies (TRANSCOs), Independent Power Producers (IPPs) and Renewable Energy (RE) generators.

Further, to enable DISCOMs that do not have adequate headroom available under working capital limits of 25% of last years' revenues, as imposed under UDAY scheme, or do not have adequate receivables from the state governments, the Government of India approved a one-time relaxation to PFC and REC Ltd. for extending these loans.

The Road Ahead…
According to Investment Information and Credit Rating Agency of India Limited, DISCOMs are back to square one, as the demand for electricity declined due to COVID-19-induced lockdowns, which pushed their debt overhang to pre-UDAY levels of 2015. This may also result in a sharp spike in DISCOMs losses for 2021-22 unless tariff reforms are urgently implemented.

As a paradigm shift is taking place in power sector operations, more and more renewable energy projects are bound to come that will require a green corridor. While conventional energy will play its part, business opportunities will increasingly come from the renewable sector and strong distribution utilities will be required to withstand this transformation. This might result in the power sector financial institutions (FIs) such as Power Finance Corporation Ltd. (PFC), Rural Electrification Corporation Ltd. (REC) and other firms finding UDAY scheme very useful.