The size of India's auto component industry is US$ 57 billion with exports of US$ 15 billion.

*India is emerging as a global hub for auto component sourcing and the industry exports over 25% of its production annually.

*Auto component exports are expected to grow and reach US$ 30 billion in FY26.

*India has a competitive advantage in auto components categories such as shafts, bearings and fasteners due to large number of players. This factor is likely to result into higher exports in coming years.

*100% FDI is allowed under the automatic route for auto components sector.

*Production Linked Incentive (PLI) schemes on automobile and auto components are expected to bring a capex of Rs. 74,850 crore (US$ 9.58 billion) in the next five years.

*A cost-effective manufacturing base keeps costs lower by 10-25% relative to operations in Europe and Latin America.

*India is the second largest steel producer globally, hence has a cost advantage.

Over the period between FY16 to FY22, the automotive components industry registered a CAGR of 6.35%, reaching US$ 56.60 billion in FY22, with exports growing at a CAGR of 11.89% during FY16-FY22 to reach US$ 19 billion in FY22. The auto components industry accounted for 7.1% of India’s GDP, contributed 49% to the manufacturing GDP, and provided employment to 50 lakh people in FY21. The automobile component industry turnover stood at Rs. 4.20 lakh crore (US$ 56.5 billion) between April 2021-March 2022 the industry had revenue growth of 23% as compared to FY18-19. The Auto components industry is expected to grow to US$ 200 billion by FY26. According to ICRA, Auto ancillaries’ revenue is estimated to increase by 8-10% in FY23.

India’s auto component’s aftermarket witnessed a 15% growth from US$ 8.70 billion in 2020-21 to US$ 10 billion in FY22. Strong international demand and resurgence in the local original equipment and aftermarket segments are predicted to help the Indian auto component industry grow by 20-23% in FY22.

As per Automobile Component Manufacturers Association (ACMA), automobile component export from India is expected to reach US$ 30 billion by 2026. The Indian auto component industry aims to achieve US$ 200 billion in revenue by 2026.

India has a very strong position in the international market. It is the largest manufacturer of tractors, second-largest manufacturer for buses and the third largest for heavy trucks in the world. Indian automotive industry (including component manufacturing) is expected to reach between Rs. 16.16-18.18 trillion (US$ 251.4-282.8 billion) by 2026. Indian automobile industry (Includes automobiles and auto components) received Foreign Direct Investment (FDI) worth US$ 32.84 billion between April 2000-March 2022.

Domestic automobile production increased at 2.36% CAGR during FY16-FY20 with 26.36 million vehicles being manufactured in the country in FY20. Production of two wheelers, passenger vehicles, commercial vehicles and three wheelers reached 17.71 million, 3.65 million, 0.80 million, and 0.75 million, respectively, in FY22. In FY22, the total output of passenger vehicles, commercial vehicles, three-wheelers, two-wheelers and quadricycles was 22,933,230 units. Automobile export is expected to grow at a CAGR of 3.05% during 2016-2026. The Government of India expects automobile sector to attract US$ 8-10 billion in local and foreign investment by 2023.

The Indian government announced a PLI scheme in February 2022. Under the PLI Auto scheme, the government received investment proposals worth Rs. 45,016 crore (US$ 6.04 billion) from 20 automotive companies. This scheme is expected to generate Rs. 2,31,500 crore (US$ 31.08 billion) in additional output. In December 2022, Union Minister of Road Transport and Highways, Mr. Nitin Gadkari, has directed automakers to start producing flex-fuel vehicles in the next 6 months.

In May 2022, Badve Engineering Limited entered into a Commercial Agreement with EVR Motors Limited, Israel, for collaboration on the development and manufacturing of Two and three-wheeler electric vehicles.

In December 2021, Tata Motors has lined up investments worth more than US$ 1 billion in the next 4-5 years for its commercial vehicle business.

In December 2021, MG Motor India was exploring export opportunities in the UK and South Africa. The company has plans to make India an export hub.

In November 2021, MG Motor India has teamed up with CleanMax to become the world's first passenger car manufacturer to use a wind-solar hybrid energy system.

In October 2021, Maharashtra government signed an MoU with Causis E-Mobility Pvt. Ltd., a joint venture of the UK-based Causis Group, to set up a zero-emission electric vehicle (EV) manufacturing facility at Talegaon, near Pune, with an investment of Rs. 2,800 crore (US$ 317.96 million).

In September 2021, the Indian government issued notification regarding a PLI scheme for automobile and auto components worth Rs. 25,938 crore (US$ 3.49 billion).

In March 2021, the government announced to offer fresh incentives to companies making electric vehicles (EVs) as part of a broad auto sector scheme. The scheme is expected to attract US$ 14 billion of investment in the next five years.

The Indian government has outlined US$ 7.8 billion for the automobile and auto components sector in production-linked incentive schemes under the Department of Heavy Industries.

In November 2020, the Union Cabinet approved PLI scheme in automobile and auto components with an approved financial outlay over a five-year period of Rs. 57,042 crore (US$ 8.1 billion).

In October 2020, Japan Bank for International Cooperation (JBIC) agreed to provide US$ 1 billion (Rs. 7,400 crore) to SBI (State Bank of India) for funding the manufacturing and sales business of suppliers and dealers of Japanese automobile manufacturers as well as providing auto loans for the purchase of Japanese automobiles in India.A cumulative investment of ~Rs. 12.5 trillion (US$ 180 billion) in vehicle production and charging infrastructure would be required until 2030 to meet India’s electric vehicle (EV) ambitions. This is likely to boost the demand for auto components from local manufacturers.

Auto component suppliers are likely to have 8-10% revenue growth this fiscal year, supported by solid domestic OEMs and pent-up aftermarket demand, according to research from credit ratings agency ICRA.

According to Crisil, as electrification rises, the auto component industry may expect 9-11% of its revenue to come from EV (Electric Vehicle) parts by 2027.

Auto components major Bosch Ltd, is expected to invest over Rs. 200 crore (US$ 25.12 million) in India's auto sector in next 5 years. 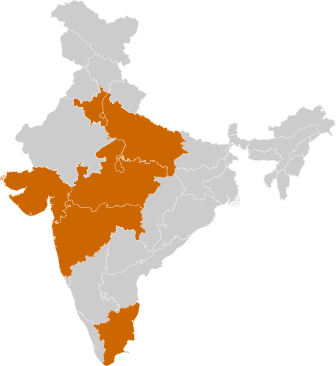 India is emerging as the world's hub of choice when it comes to manufacturing quality auto components. The industry has over 600 manufacturers who exceed the world's most stringent quality standard.