India is amongst the top 12 preferred biotech destinations in the world and third largest biotechnology destination in the Asia Pacific region.

* With a total population of 1.3 billion, 50% being under the age of 25, India has a large pool of young and skilled workforce.

* India has a large reservoir of scientific human resources including scientists and engineers.

* In the Union Budget 2022-23, the DBT was allotted US$ 343.56 million for developing basic infrastructure, genetic engineering, bioinformatics, agriculture biotechnology, and training people.

* 100% under automatic route for greenfield projects for pharmaceuticals.

* 100% under automatic route is allowed for the manufacturing of medical devices.

* Patient pool expected to increase over 20% in the next 10 years, mainly due to rise in population.

The Indian bioeconomy grew from US$ 70.2 billion in 2020 to US$ 80.12 billion in 2021, growing at 14.13%. India's vaccines industry can grow from US$ 2 billion to US$ 5 billion, as new Indian and global pharmaceutical companies are including vaccines as a key part of their portfolios.

India has 665 FDA-approved plants in the US; 44% of the global abbreviated new drug applications (ANDA) and more than 1,400 manufacturing plants, which are compliant with WHO’s requirements. As of August 2022, the Department of Biotechnology has 1,582 ongoing projects.

India also has a strong start-up ecosystem, originating from gradual improvements in the ease of doing business, proof-of-concept funds for start-ups, and favourable government policies. BIRAC, a public sector undertaking of DBT, has partnered with innovative foundations and universities to focus on ‘Make in India’ and ‘Startup India’ programmes. The number of biotech startup registrations has surged throughout the nation in 2021, with around 1,128 new startups registered, which is the highest in a single year since 2015. Estimates put the total number of biotechnology startups at 5,365, as of 2021.

Indian biotech companies have made massive strides with vaccine development, as Indian biotechnology industry growth is driven by vaccines and recombinant therapeutics. The Serum Institute of India partnered with US company Novavax to manufacture their Covid vaccine (NVX-CoV2373) for the US market. India also administered the world’s first DNA vaccine – ZYCOV-D in Patna, which was developed by Ahmedabad-based vaccine manufacturer Zydus Cadila. Bharat Biotech has also received permission from the DCGI to start trials of its intranasal booster dose in India.

The New Drugs and Clinical Trials Rules, 2019 were developed by the government to create a streamlined legal framework for the biopharmaceutical market to reduce costs, approval timelines and cut bureaucratic red tape. India is among the preferred destinations for clinical trials owing to a large patient pool, transformation of the healthcare market, well-educated physicians and cost competitiveness.

In February 2022, as part of the Union Budget 2022-23, the Department of Biotechnology was allotted Rs. 2,581 crore (US$ 343.56 million) for developing basic infrastructure, genetic engineering, technologies and bioinformatics, agriculture biotechnology, and training skilled professionals.

Biotechnology parks and incubators are established across the country by the Department of Biotechnology (DBT), under the Ministry of Science and Technology, to translate research into products and services by providing necessary infrastructure support. These biotechnology parks offer facilities to scientists, and small and medium sized enterprises (SMEs) for technology incubation, technology demonstration and pilot plant studies to accelerate commercial development of biotechnology. The government, at present, supports nine biotechnology parks in various states, with the bulk being in the southern region.

The Indian biotechnology industry is expected to reach US$ 150 billion by 2025, and US$ 270-300 billion by the year 2030. The success of the Indian biotech industry depends on the growth of start-ups and the advancement of research, both of which will be aided by an increase in the number of biotech incubators. The biotechnology industry has the ability to offer a variety of solutions for problems in several fields like health, agriculture, the environment, energy, and industrial processes, mostly because of its multidisciplinary approach.

India's bioeconomy is expected to touch US$ 150 billion by 2025 and over US$ 300 billion by 2030, according to a report by the Biotechnology Industry Research Assistance Council (BIRAC).

The Indian biotech sector is projected to increase to US$ 150 billion in the next four years from the current size of US$ 70 billion, as per Union Minister of State Science & Technology; Minister of State Earth Sciences; MoS PMO, Personnel, Public Grievances, Pensions, Atomic Energy and Space Dr. Jitendra Singh.

India's 'bio economy' has grown from US$ 10 billion to US$ 80 billion in the last eight years, said Prime Minister Mr. Narendra Modi while addressing the Biotech Startup Expo in Delhi. 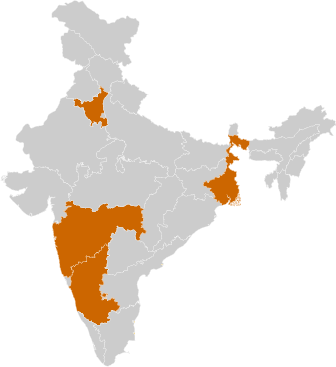