As the Indian real estate and infrastructure sectors look towards a greener future, the investment opportunities are promising and plentiful. In recent years, India has emerged at the forefront in the global discussion to curb emissions of greenhouse gases. To fulfill its obligations made at the Paris Agreement by 2030, India offers a green investment potential of US$ 3 trillion, according to the International Finance Corporation (IFC). The housing sector alone represents an investment potential of US$ 1.4 trillion. The Reserve Bank of India (RBI) has already started working on this and has included renewable energy projects under priority sector lending, offering bank loans up to a limit of Rs. 15 crore to borrowers for projects, including grid-connected solar rooftop and ground-mounted systems—the loan limit for an individual household stands at Rs. 10 lakh per borrower. 15 Indian states have started supporting rooftop solar grid systems and have started work towards the same.

Traditionally, the real estate and construction sector is notorious for its detrimental impact on the environment—it constitutes for 50% of climate change, 50% of waste landfills, 40% of water pollution, 40% of energy usage, and upto 23% of air pollution. However, the fact still remains that people will need residences and working spaces, in increasing numbers.

To prevent further damage to the environment, eco-friendly solutions are being devised by architects, engineers and other experts in the field. Several eco-friendly materials such as fly ash-sand-lime-gypsum bricks, aerate concrete blocks, rice husk ash concrete, bamboo, recyclable steel, plastic bricks, cellular light weight concrete, and bagasse particle board are already being put to use.

Green buildings have become the number one talking point in real estate. The green building sector in India is anticipated to become a US$ 1.4 trillion investment opportunity by 2030, according to the IFC, a member of the World Bank Group (WBG). The municipal solid waste management sector is also anticipated to create an investment potential worth US$ 11 billion by 2030 to bridge the gap between the waste produced and the availability of appropriate infrastructure for solid waste management.

Solar power installations have been the most common way to cut back on the impact of new real estate developments, powering the Net Zero Energy concept—the total annual energy usage by buildings is roughly equal to the amount of renewable energy created on-site. Current rooftops are massive enough to have a large potential for solar energy generation, which will contribute to the National Solar Mission’s goal of generating 40 GW out of the proposed 100 GW target through solar rooftops. Further incentive is provided through Net Metering, a concept where owners of solar capacity can feed excess power back into the grid in exchange for low costs per unit.

Consider, for example, the Raheja Reflections Eternity. 230 families reduced their dependence on the electricity grid with 60% of their power supply coming from the solar power generated on premises. The society members invested in expensive LED bulbs worth R80,000, but saved R2.2 lakhs on their electricity bills.

The Global Solar Alliance of countries was proposed by Indian Prime Minister Mr Narendra Modi and former French President Mr Francois Hollande to accelerate the use of solar power and provide cheap access to electricity. The agency is expected to supply 300,000 solar-powered pumps mainly in India and Bangladesh with the aim to promote affordable solar electricity to its member countries through global tenders and cheap financing.

About eight states in India have been chalked out by the government to provide wind energy—Tamil Nadu, Andhra Pradesh, Telangana, Karnataka, Maharashtra, Gujarat, Rajasthan, and Madhya Pradesh—with different tariffs for different zones due to different wind speeds. The Power Ministries of states and union territories are focusing on the Saubhagya scheme to provide electricity to 40,000,000 families by 2018. Prime Minister Narendra Modi launched this scheme in September 2016 to achieve 100% electrification of households by December 2018. The other projects on the card for 2018 include hydro power, wind energy, rooftop solar systems and biomass programmes.

Third-generation renewable energy technologies are still a work in progress and include hot-dry-rock geothermal power, advanced biomass gasification, bio-refinery technologies and ocean energy which are not yet completely popular commercially. By transforming the way buildings function, green buildings can reduce the existing dependence on energy and water.

India’s renewable energy projects are expected to generate more than 330,000 new jobs over the next five years in construction, project commissioning and design, business development, operations and management. Green homes may be expensive in the beginning due to heavy investments in solar panels, efficient systems, etc. but in the long run, will result in massive cuts to utility bills. Besides, it is becoming increasingly easy to find alternative and cheaper materials to build a green home.

Ultimately, it is not the technology that will spread green practices, but the ethical transformation of our society as well as our investment in it. The green revolution is more than a trend; it is the path towards a better way of living on an individual level and stronger infrastructure on a global level. 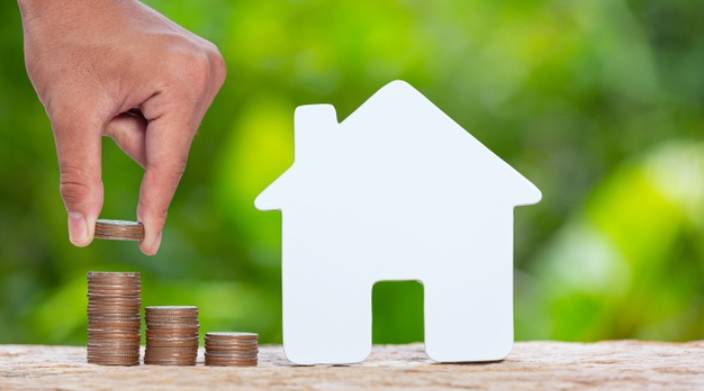 Some Ways to get funding in real estate

Skills for a Realtor in avoiding common home buying mistakes