As the eagerly and anxiously awaited Goods and Services Tax (GST) Bill, 2016 sailed through the Rajya Sabha with two-thirds majority in which 203 members voted in favour of the landmark Bill, India’s tax regime is set for a massive transformation. GST Bill is the most radical tax reforms since independence and it is set to position the Indian tax system at par with some of the prominent tax systems in the world. Now, the largest democracy in the world will have a “one-nation-one-tax” system that is expected to permit tax set off across the value chain, while eliminating the difference between goods and services.

Creating a robust environment for SMEs

One of the main clauses of the Constitution (One Hundred and Twenty-Second Amendment) Bill, 2014 focuses on benefiting the small players who have been burdened with multiple taxes and providing a more level playing field for the SMEs, especially those in the manufacturing sector.

Cheaper logistics & production: GST offers to increase the competitiveness of the sector, while cutting down the costs associated with production, logistics and inventory. Most often due to checkpoint issue like location based tax compliance, trucks get stalled at interstate borders for considerable time -which accounts for 60% of transit time. This negatively impacts both the production and logistic efficiency of the firms. In the absence of inter-state tax and plethora of other taxes under the multi-layered tax system, GST facilitates undisrupted flow of goods between states by surpassing various check points saving transit time and associated cost. The single rate system proposed by GST creates a tax neutral market place, eliminating the difference between inter and intra state sales leading to creation of a large central warehouse rather than small warehouses in every state, which the firms resort to at present to avoid the inter state tax. Thus with GST, it is expected that the cost associated with logistics and supply chain inventory would come down significantly.

Under the GST regime, effective indirect tax cost will come down and credit flow will increase, both of which will benefit the domestic manufacture with the reduction in production cost and increase in base line profits. At present, Indian Manufacturing sector remains one of the highest taxed sectors in the world.

Claim your money back: SMEs would now have access to the input credit mechanism that will greatly benefit the sector, particularly the manufacturing SMEs. The VAT (Value-Added Tax) modelled tax regime that exist till now, restrict SMEs from trading across the country, as they were required to pay Central Sales Tax (CST) on inter-state sales. But with GST, SMEs will be able to overcome this hurdle with the input tax credit mechanism, as GST will enable the business units to claim tax credits on procurement from various sources, such as, inter-state purchases, import and local purchases.

Supply based tax only: GST a destination based tax that is payable at point of consumption rather than at the point of production. This means the tax paid by the consumer would cover on expenses like cost, commission, and any other expenses incurred for sales. It doesn’t differentiate between supply of goods or service. Thus tax calculation will be the same whether an enterprise is providing goods or services. In the absence of separate taxes for goods and services, there is no need for division of transaction values into value of goods and services. This will be beneficial especially for the manufacturing SMEs who have to pay just an integrated tax under GST in place of the component tax under VAT based system. Also, the manufacturing SMEs will be in a position to get complete tax incentives that had to be paid prior to production that includes procurement of raw materials, and other input goods, and services from different sources.

SMEs and other small scale businesses can breathe a sigh of relief as GST eliminates the dual control of the Centre and the States. Also, with unification of tax and elimination of multi-layered and cascading Indirect Tax system, GST sets the stage for a business-friendly environment that promotes “Ease of Doing Business” while enhancing the profitability and quality of the goods manufactured in India.

SMEs often have to connect with third-party supply chain services owing to lack of infrastructure to stock products and an efficient logistics mechanism. GST offers to neutralise the situation by doing away with the inter-state tax. This will prevent stalling of delivery of goods at inter-state points and ease the movement of goods via road. Also, it calls for restructuring of the supply chain models, with the possibility of a more efficient and cost-effective model. Under the present VAT based tax regime, majority of the business enterprises, in a bid to reduce margins and avoid multiples taxes involved in cross border sales have a tendency to locate warehouses in almost all the states rather than creating a strategically planned inventory system. GST will enable firms to do cross-border sales without having to pay inter-state taxes or CST, operating on a more efficient supply chain system. Thus, GST promotes a strategic SCM model that is influenced by economic factors such as costs and location and not non-economic factors, such as, inter-state VAT rate differences.

Creating demand of ‘Made in India’ products: At present, the tax rate on indigenous products is in the range of 27% to 31%. The Bill now reduces the tax burden both at the manufacturer’s end, who gets the benefit of input tax credits, as well as the end user who will now have to pay only the GST rate charged by the last dealer in the supply chain. As a result, the demand and the competitiveness of the “Made in India” products would increase immensely.

Focus on the core business & its growth: The absence of diverse taxes including Excise, ST, CST, VAT will relieve the manufacturing SMEs, cutting down on their procurement and transportation costs to a larger extent. This will help them concentrate more on boosting their production – in terms of quality as well quantity, improve operational efficiencies , leading to the subsequent increase in demand for their products. Thus, the GST bill will act as strong force in promoting India’s position as a manufacturing hub, as it promises to improve the supply chain system while facilitating the smooth and faster movement of goods across the country. It would be right to say that GST reinforces the “Make in India” vision.

No change comes without a little commotion – While implementation of GST will negate many rules/policies that have negative impact on SME players but we must be ready to face some of the changes that are slightly unfavourable.

However, the bill hailed as the milestone in the entire history of the Indian taxation system, brings more transparency and simplicity to the entire tax structure – a reason to rejoice for the Indian business sector, especially the SME segment, which is emerging as the growth driver of the Indian economy. With the unified tax regime offered by GST, SMEs will get to operate in a consolidated market place that is SME-friendly and in line with the government’s aim of promoting the ease of doing business in India. 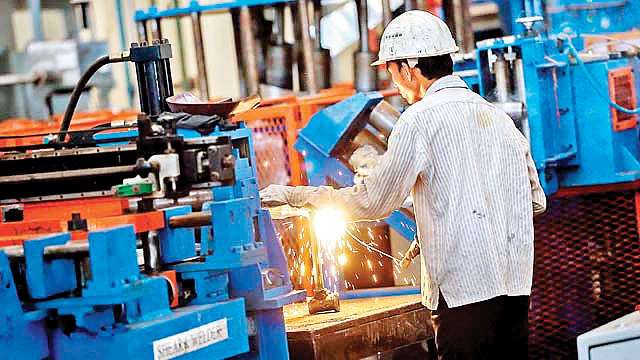 MSMEs in India – Pad for the next economic leap

Importance of branding for Indian SMEs