Panchayats, hidden in plain sight, may just be the answer to improving agriculture productivity in India. The good ol’ Panchayat can be developed as a hub of excellence, an incubation centre that leads local youth towards skilling and bio entrepreneurship. In the process we will unlock the economic potential of Panchayat. We like to call it the Economic Liberation of Panchayat.

Impossible to I ’m possible

With our Independence in 1947, the vision of Gram Swaraj by Gandhi ji began to see light. Over the years with determined Governments at State and Centre, the devolution of power gained momentum to empower village-level governance. Today, all Government-planned schemes, services and programmes are disseminated through the Gram Panchayats, or at least are supposed to be!

As we envision India 2022, the focus should again be on the Panchayat for unless the population holding 100% of agricultural land is integrated into the development process, India will not be in the league of developed countries. To bring about this paradigm shift in working of Panchayat, Community Friendly Movement (CFM) proposes for their economic empowerment or Self Corporatization. We call the outcome SwaNigamit Panchayat.

SwaNigamit or ‘Self Corporatized’ Panchayats

SwaNigamit is the shift of Panchayats from grant-seeking to tax-paying agencies of Government of India. With over 2.39 lakh Panchayats in India, success of the model will unlock value and clear way for money and information flow from Centre to last citizen standing and vice versa.

By focussing, strengthening and realigning the village resources, wealth can be generated at the Panchayat level. They will learn to utilise resources efficiently, manage their expenses, hire local youth to look after the office admin and truly represent the Government amidst the Society.

And YES, it can be done; for the 73rd Constitution (Amendment) Act 1993 envisions a larger and vibrant role for Panchayati Raj Institutions (PRIs) as institutions of local governance to promote economic development and social justice.

PRIs need additional resources and financial autonomy to fulfil their new functional obligations. In order to become financially more independent, rural bodies have to be encouraged to raise local resources before seeking grants from government. The more dependent a PRI is on the citizens for financial resources, the more likely it is to use scarce material resources to promote human development and reduce poverty. Fiscal autonomy can be defined as the ratio of own income to total income.

As per Article 243-G, Panchayats are constitutionally mandated to prepare plans for economic development and social justice that doesn’t happen too often due to lack of qualified people at the office of Panchayat. Every Panchayat has to prepare a village development plan taking into account local needs and conditions. If community prioritises their problems, identifies resources available and puts proposal through Gram Sabha, Government is bound to take action. It’s as simple and difficult at the same time…

SwaNigamit is therefore an effort for development of office of Panchayats for villages under its jurisdiction. Knowledge gaps, Skills requirement, Entrepreneurship towards Economic progress unlocked/achieved if we start focussing on Panchayat as an entity and the Sarpanch as the CEO with qualified hands to support her to access funds, ensure utilization and report with documentary support.

Every year multiple Government schemes for lack of basic documentation lapse and funds are remitted back to the Centre. For running any office there are multiple departments: Finance, Accounting, Sales, Marketing, and Administration etc. However, all such departments exist just above the Panchayat level. Through SwaNigamit Panchayat model, CFM strives to monetize village resources and available schemes to generate revenues, which can take care of administrative expenses, publish balance sheet, pay taxes and submit their annual report to the Government.

SwaNigamit Panchayats is possible through a PPPP (Public–Private-Panchayat-Partnership) model. We already have taken the first few steps and have received great support from our villages and Panchayats.

Panchayats provide all kinds of inputs and services for establishment of social enterprise and create opportunities for employment of rural youth, farmers, women, common interest groups. Possible earning areas for Panchayat are:

By leveraging agriculture and allied sector infrastructure creation at Gram Panchayats, they will have ample monetary resources to run a full-time office. An office that is staffed with qualified people that creates enabling environment of rural businesses to thrive.

Agriculture is Tax free, value add is NOT. In two years we will be demonstrating the model as work has already begun, but as the say Rome was not built in day, so is SwaNigamit Panchayat. 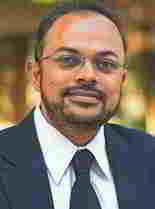