In India, agriculture and its allied sectors are the primary source of livelihood for a large chunk of domestic population. In 2017, the Gross Value Added (GVA) in these industries across the country was around INR 20,266 billion. Being a part of mechanisation in farming, tractors have a big role to play in increasing the country’s agricultural output. The tractor market is also among the biggest segments in the category of farm equipment in the country, with annual sales of 600,000-700,000 units.

Growth of India's Tractor Manufacturing Industry in the Past

Local tractor production in India started in 1961, initialised by five manufacturers – Eicher, Mahindra and Mahindra, Tractors and Farm Equipment Limited (TAFE), Gujarat Tractors, and Escorts. At first, just 880 units were produced per year. Before this, fulfilment of the tractor demand was completely dependent on import from other nations. The first agricultural tractor to be developed using fully indigenous technology in the country was the Swaraj tractor, built by Punjab Tractors Limited in 1974.

Although the local production of 4-wheel tractors in India saw relatively slow growth, the post-Green Revolution period during the late 1960s was the time when the initial boost in demand for these farming vehicles came. Soon, sales grew to 140,000 units annually by the late 1980s. In the years from 1989 to 1990, India witnessed a three-fold rise in the production of tractors with a compound annual growth rate (CAGR) of 9.2%.

In 1997, with a yearly production of more than 255,000 units, the country emerged as one of the leaders in the production of tractors globally. During the following year, newer entrants like New Holland Tractor (India) Limited also started tractor production locally.

The key market areas for tractors in India were in parts of north western India, primarily in Punjab, Haryana, and Uttar Pradesh. However, the markets reached saturation point and the production of tractors saw a dip, particularly in 1997-1998 and 2003-2004. After a partial recovery soon after the latter period, the industry again saw a rise in production with a growth rate of 11% in the time immediately after as well as during 2009-2010. These time periods are also when the country saw a rapid increase in the pace of industrial output, particularly in the manufacturing sector.

Currently, India is the biggest manufacturer and market in the world for tractors. The country produced 619,000 tractors in 2013, accounting for 29% of the total output worldwide.

Growth in Domestic Sales of Tractors

Like with any other industry, tractor manufacturing in India as a sector has been through its ups and downs. But it remained a successful industry by and large, and domestic sales played a significant role in this. India being an agrarian economy, factors like a normal or good monsoon season and increased farm production coupled with a rise in the use of tractors even for non-farming reasons also played a vital role in the sales of tractors.

There are 16 domestic companies alongside four global ones manufacturing tractors in the country at present. With regard to market share, five companies in India account for more than 80% of the share in the tractor industry -- Mahindra and Mahindra, TAFE, ITL-Sonalika, Escorts, and John Deere. Out of this, Mahindra and Mahindra holds the largest share with a massive 43% of the market, followed by TAFE.

In the years between 1990 and 1997, the sales of tractors within India had an annual growth rate of around 8.3%. In recent times, there has been a good progression in the industry, both in terms of domestic and international sales. According to the Tractor Manufacturers’ Association, domestic sales volumes of tractors experienced a growth of 18.2% from April 2016-March 2017. Mr Rajesh Jejurikar, President of farm equipment sector, Mahindra & Mahindra, said, “With the healthy reservoir levels and good progress on rabi sowing, we expect the growth momentum to continue in the coming months.”

As per Mr T Karthikeyan, Senior Analyst – Corporates, India Ratings & Research, domestic sales grew by 17% to reach 6.59 lakh units being sold between April 2017 and January 2018. Two consecutive years of good monsoons, farmers’ availability of credit, and better crop production were some of the factors behind this impressive sales growth of tractors in India.

In January 2018, it was already predicted that the industry would touch an all-time high in tractor sales volumes for the year. Mr Subrata Ray, ICRA Senior Vice President and Group Head, said, "We expect the domestic tractor industry to record a volume growth of 12-13 per cent during FY18 with positive growth momentum also to spill over in next fiscal."

Just a few months down the line, news flooded the business and agricultural equipment sectors that Mahindra and Mahindra recorded its highest-ever annual domestic sales in tractors with a total sale of 304,019 units in FY 2018, which was a significant rise of 22% compared to the previous year. Going ahead, the company plans to invest in a new tractor manufacturing plant in FY 2019, which is an indication of sales figures going only upward in the time to come.

Other manufacturing companies like Sonalika ITL and Escorts also recorded considerable growth in the last year. As for long-term forecasts, the CAGR for the industry from 2016-2017 to 2021-2022 is expected to be approximately 8-10%. In addition, there are other factors that may contribute to a robust growth for the tractor industry in the near future. These include a sustained focus by the government on the promotion of farmer welfare and rural development along with mechanisation in agriculture, laid out in the Union Budget.

The budget also places considerable emphasis on the government’s effort to doubling farmers’ income by FY22. Loan waivers and financing availability, scarcity of farm labour, an increase in the usage of tractors in construction and other fields, and the successful implementation of a system to warrant minimum support prices to the country’s farmers are some of the other elements that will influence the demand for tractors all over India in the coming years, thus taking the manufacture and sales of units even higher. 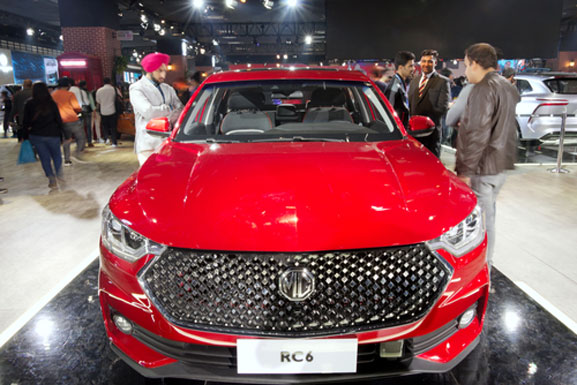 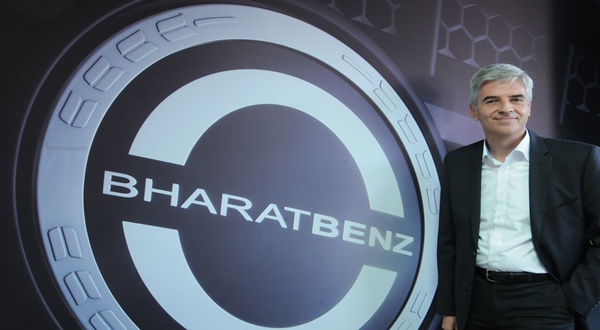 "We always firmly believed in the Make in India initiative. We're probably one of the most successful poster examples..." 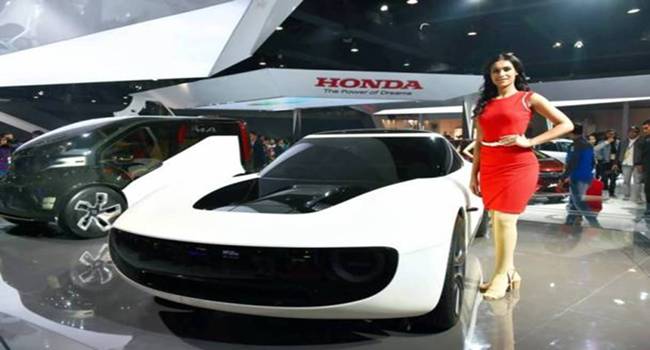