During the celebration of 73rd Independence Day, Prime Minister Mr Narendra Modi addressed the nation from the Red Fort and underlined that India ‘has much to offer’ to tourists. The government has been focusing on the tourism industry since 2002 with the launch of campaign Incredible India campaign.

India has seen a continuous growth in position climbing from 65th position in 2013 to 40th in 2017 in World Economic Forum's (WEF) travel and tourism competitiveness index. The direct contribution of Travel & Tourism to GDP in 2017 stood at Rs 5.94 lakh crore which is 3.3 per cent of GDP. This is expected to grow at 7.1 per annum to reach Rs 12.67 lakh crore by 2028.

The tourism industry has generated 26,148,000 jobs directly in 2017, 5 per cent of total employment, growing by 2.8 per cent in 2018 to reach 26,883,000 jobs. These jobs include employment by hotels, travel agents, airlines and any other passenger transportation services. It also includes the activities of restaurant and leisure industries which is directly supported by tourists. The growth of direct jobs in the industry is expected to grow at 2.1 per annum over next ten years and account for 33,195,000 jobs by 2028.

Our Prime Minister has been the key ambassador in promoting tourism initiatives. He has not only focused on encouraging the foreign visitors but also promoted the domestic tourism. Ministry of Tourism has renewed its new National Tourism Policy and took measures aimed at creating more jobs and increasing the country’s share in global tourism market. India also plans to launch Incredible India 2.0 campaign.

According to the official data, number of foreign tourists coming to India has also increased from 8.80 million in 2016 to 10.56 million (provisional) in 2018. Most arrivals have been for business including search of jobs. Tamil Nadu tops the chart followed by Maharashtra and Delhi in terms of number of tourists.

Government has focused on many strategies in last few years and welcomed every initiative to promote travel and tourism in country. One such strategy was focusing on Chinese tourists. In China, around 14 crore citizens go on travel every year of which only 2.5 lakh arrive in India. If the country can achieve 1 per cent of the total tourist that will stand at 14 lakh Chinese coming to India. This will give a major boost to the industry. Apart from this the government is also focusing on tourists from Russia, Gulf countries and South East Asia apart from United States and Europe. These countries have huge potential. 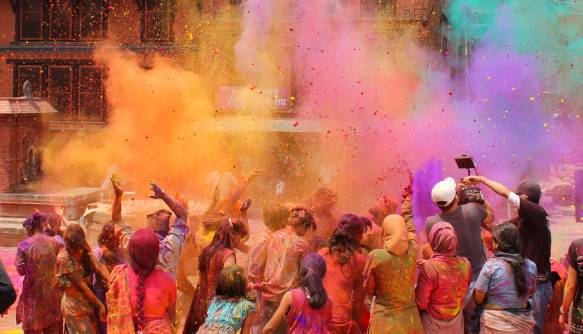 Swadesh Darshan Scheme, an Integrated Development of theme-based tourist circuits was launched as the flagship scheme of Ministry of Tourism for development of tourism infrastructure in the country. Under this the government is developing critical tourism infrastructure, national culture and focusing on strong points of each and every region throughout the country by developing theme-based circuits. The main idea behind these theme-based circuits is to specify the uniqueness related to the area and promoting it based on the culture, history and stories associated with it. There are 15 Theme based circuits identified under the scheme which include Buddhist Circuit, Coastal Circuit, Desert Circuit, Eco Circuit, Heritage Circuit, Himalayan Circuit, Krishna Circuit, North-East Circuit, Ramayana Circuit, Rural Circuit, Spiritual Circuit, Sufi Circuit, Tirthankar Circuit, Tribal Circuit and Wildlife Circuit. Pilgrimage Rejuvenation and Spiritual, Heritage Augmentation Drive (PRASHAD) is another scheme under which 41 religious cities in 25 states have been identified for development.

Government is also focused on organising road shows to promote tourism along with collaboration with stakeholders. The government is focusing on the online portal to aid the tourist coming to India. “Incredible India Helpline” is launched by the government to guide the tourer during their stay. e-Visa was launched for citizens of 44 countries to reduce the time of application for tourists. e-Visa includes tourist, businesspeople and people who need medical aid.

In Indian tradition, there is saying ‘Athithi Devo Bhava’ which basically means ‘The Guest is God’ and to promote the same idea of homestay has been there. This not only provide employment to the locals but also promote local knowledge, home cooked food along with celebration of festivals.  This also gives sense of security to the tourist. The foreigner is able to have an experience of the Indian hospitality. If the concept of homestay is put in action, then the number of rooms available to the tourist will go up to 10 times.

Recently, government has been promoting domestic tourism along with focusing on the foreign tourist. Prime Minister during his address to nation on Independence Day stressed on this issue requesting the people to take time of at least seven to 10 days for vacation and explore the country. This is to keep Indians grounded in their roots and take pride of their own country. He urged people to at least visit 15 tourist destinations across the country before 2022. This will increase the job opportunity for the locals and improve the quality of these destinations. It will help the children to understand the countries history in a better way and be rooted.

There has been increase in travel loan application in last few years. Easy online loans and affordable credit offering has made it easy for the travellers to opt this option leading to increase in number of visits both across the country and globally. It is expected that 50 million of Indians will travel overseas in 2019. Thus, there is definite opportunity to promote domestic destinations across the country making difference in country’s economy.