Agriculture and its allied sector are crucial for the development of a country, especially for India where it is the largest source of livelihood. The sector plays a major role in creating employment, rural livelihood and providing national food security to all. Agriculture is the largest sector on which major Indian population depends directly or indirectly.  Currently, as high as 70 per cent of the total rural households still depend primarily on the agriculture for their livelihood where around 82 per cent are small and marginal farmers.

Indian economy has diversified and seen a major growth in past few decades, but some major concerns have also started coming up like the decline in contribution of agriculture in overall GDP, among others. The sector in India has achieved self-sufficiency but the production is still resource exhaustive, cereal focused and regionally biased raising a serious issue about sustainability. Rise in stress on the water resources, desertification, and land degradation, are some major threats to the agriculture sector of the country. Thus, the time requires solutions that are friendly to farmers as well as environment. The shift from ‘green revolution’ led productivity to ‘green methods’ led sustainability in agriculture is the tremendous transformation required in the agricultural landscape.

The goal of sustainable agriculture is to meet society’s food needs in present without compromising needs of the future generations. The three main goals needed to be integrated are: a healthy environment, economic profitability, and social and economic equity. From growers, food processors, distributors, retailers, consumers, to even waste managers, each plays an important role in ensuring that sustainable agricultural system is intact.

Common interests of people working in sustainable agriculture include promotion of soil health, minimum water use, lower pollution levels and strengthen the local economy. Thus, sustainable agriculture can be considered as a collection of practices that combines biology, economics, engineering, chemistry, community developments and many others.

A target to double farmer’s income by 2022 has been set by the Government of India under which several steps are being undertaken ranging from income support schemes, crop insurance, water conservation, waste management techniques to agriculture marketing reforms.

The use of Fertilisers

Chemical fertilisers help farmers in increasing the crop productivity in adverse conditions or during the time when plants require additional nutrients. The extensive use of chemical fertilisers can lead to major harmful effects not only on the environment but also on the consumers. Increase in air pollution, waterway pollution, acidification of the soil, and mineral depletion are some basic known effects.

Urea is an important chemical fertiliser used for farming as well as for industrial use. Presently, subsidy is provided by the government to the chemical company for sell of the product. In order to receive more subsidy, the company sell more urea to farmers as well as to industries.

Thus, Neem-coated urea was included in Essential Commodity and Fertilizer Control Order (FCO) by the government back in 2004. This type of urea increases the land fertility capacity leading to higher production of crops. The oil coating of neem mixes up gradually with the land and get soaked by the crop according to the need, resulting in higher yields. This also has higher solubility in liquid, making it suitable for liquid applications and reducing the risks of crop burn from fertilisers or by other chemicals such as calcium cyanide or ammonium nitrate. Neem-coated urea has been developed on commercial scale by National Fertilisers Limited (NFL). The neem oil-water emulsion as a thin film of specified concentration increases the shelf life of the product and reduces caking during the storage. Crop yield is improved with the improved availability of nitrogen. Although the prices are marginally higher than the cost of normal urea, so are the benefit of using neem-coated urea. 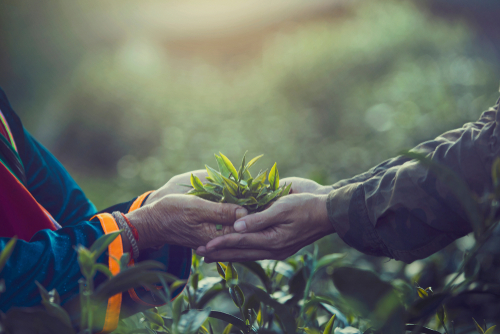 The term was coined by Mr Subash Palekar as an alternative to green revolution. He currently provides training to farmers from different states on his techniques and has written many books in different languages helping farmers.

ZBNF can be described as a traditional type of farming which means farming with nature without any use of chemicals. The increased impacts on the environment along with increased indebtedness of the farmers are some major reasons for the growth of ZBNF.

Jeevamrutha is used as an alternate of chemical fertiliser which acts as a catalytic agent that promotes microbial activity in the soil. This is basically a mixture of fresh desi cow dung and aged desi cow urine along with jaggery, pulse flour, water and soil. Jeevamrutha aids is protecting the plants from fungal and bacterial diseases. It is believed that Jeevamrutha is needed only for the first three year,s after which the system becomes self-sustainable.

Bijamrita/beejamrutha is the treatment of seeds, seedlings or any planting materials, effective in protecting the young roots from fungus as well as from soil-borne and seedborne diseases. The ingredients are similar to that of jeevamrutha and are coated on the seeds before the plantation.

The Government has been promoting organic farming in the country through the schemes such as Paramparagat Krishi Vikas Yojana (PKVY) and Rashtriya Krishi Vikas Yojana (RKVY). Currently, ZBNF is being executed in 131 clusters covering 704 villages under RKVY and 1300 clusters covering 268 villages under PKVY. Schemes such as Mission Organic Value Chain Development for North Eastern Region (MOVCDNER) under National Mission for Sustainable Agriculture (NMSA) also promotes organic farming. Plans to strengthen ‘jaivik kheti’ portal - an online national organic products market is also in pipeline by the government.

The proper management of agricultural practices can help in improving nutrition through multiple ways such as increasing incomes of farming households, diversifying production of crops, empowering women, strengthening agricultural diversity and productivity, and designing careful price and subsidy policies that should encourage the production and consumption of nutrient rich crops.