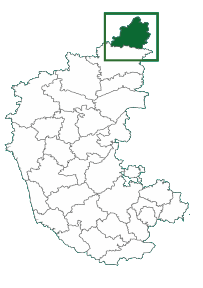 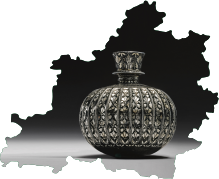 The exquisite Bidri craft, with its origins in Persia, is now a popular form in the Deccan region of India. Its name is originated from Bidar where the skill in Bidri Art was developed during the time of Ahmed Shah Bahamani (1422 A.D.- 1436 A.D.). Bahamani was a lover of art and literature and had set up a training center for Bidri workers at Bidar.

Bidriware craft is an alloy of zinc, copper, and other non-ferrous metals.

The contrast between the black-oxidized background and the shiny silver inlay gives glory and glow to Bidriware. The motifs introduced were typically from the fort of Bidar. The Bidri Craft follows both traditional and modern designs. 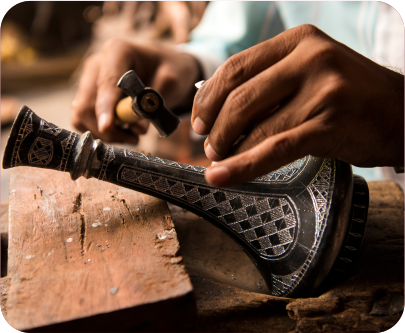 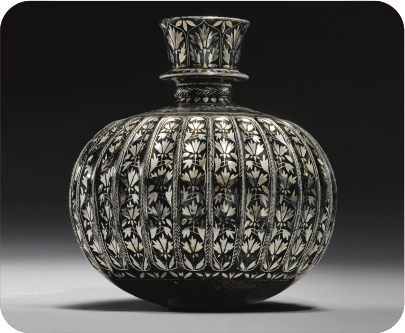 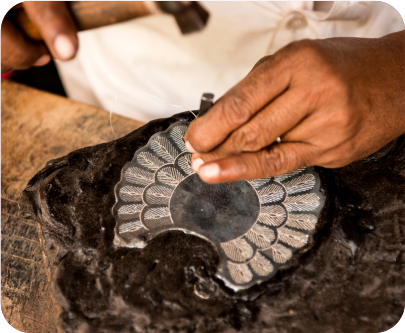 Bidriware is an ancient craft of inlaying pure silver and gold wires in metal. Beautiful designs are carved on metals, and thereafter thin silver wires are hand etched on a zinc-based metal. It is then dipped in a solution prepared with the soil available only around the Bidar fort. The soil found at the fort of Bidar exhibits brilliant oxidizing properties. It turns zinc, a white metal into sheer black ware, while pure silver inlay retains its original color. The zinc alloys turn into a lustrous black so that inlaid silver contrasts stunningly with the dark background.

Bidar Fort is amongst the most formidable forts of the country, it is situated in the eastern part of the town and has within it ruins of palaces, mosques, and other buildings which had been built of trap rock.

Deva Deva Vana is a botanical garden maintained by the Forest Department, around 6 km from Bidar on Bidar–Hyderabad Highway. It is home to around 200 medicinal plants and trees and is considered sacred.

Chaubara is located in the centre of Bidar city, this is a 22m high cylindrical watchtower called Chaubara (meaning four directions) and one gets an excellent view of the plateau around the city, from the top.