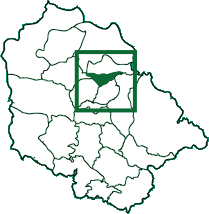 Pashmina is considered the finest craftsmanship in the world for winters. The fleece of Changthangi Goat is known as Pashm. These goats are only found 15000 feet above sea level in Jammu and Kashmir and Ladakh. This makes the art of Pashmina even rarer. Pashmina was discovered under the Mughal rule in Kashmir during the 16th century.

The hand embroiderers of Pashmina belong to families that have learned, taught & passed on the art through generations. These skilled artisans have been meticulously crafting exotic Pashminas over the years. The double sided or “do-rukha” shawls were worn by the royal families. These were the ones that were presented to the foreign nobles & rulers as gifts. 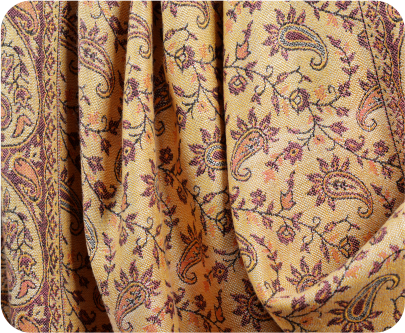 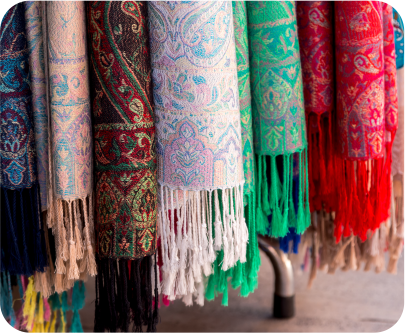 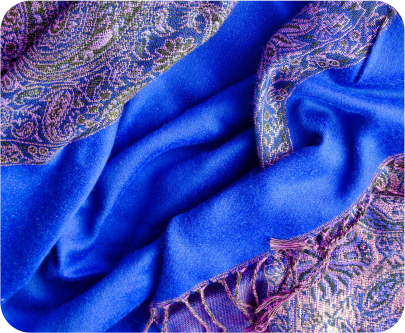 The Kashmiri weavers clean the grubby raw pashm fibre. They then comb the fibre & segregate it according to the fineness. It is then hand spun & then set up into warps & put up on the handloom. The yarn is then hand woven and transformed into the beautifully luxurious pashmina shawls.

There were a lot of designs & patterns that were woven on the Pashmina shawls. The most popular ones include buti (small singular flower design), buta (multi floral), Khat-rast (striped one & runs throughout the length of the shawl), badam/ ambi/ kairi (paisley), cypress (cluster of flowers & leaves emerging from a single stem).

In the 17th century to the mid-19th century, organic dyestuffs were used for a wide range of colors. The dye reds & pinks were derived from lac. The purple shades were achieved by combining lac with indigo in different ratios. The black dye was the only color which was inorganic. Ferrous- sulphate, a chemical compound, was used to achieve black color.