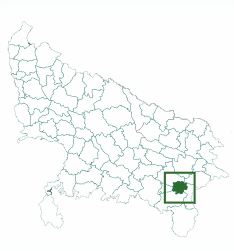 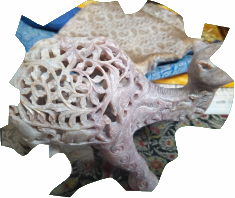 The stone carving at Varanasi is very unique comparing it with other states in India. There are various kinds of stone available in which soft stone is preferable. It is easy to carve on soft stone. Sculptors use basic carving tools and hammers. 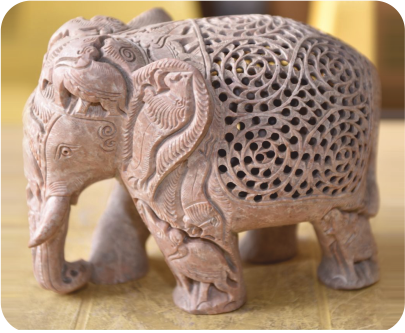 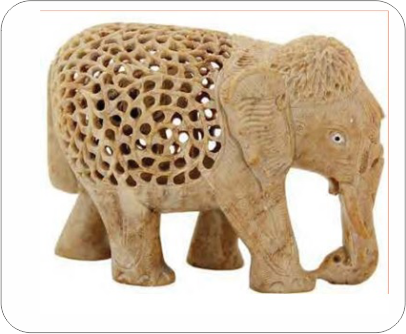 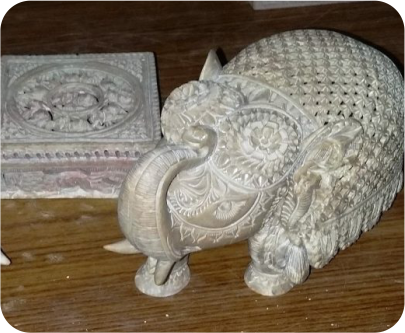 Jali or fretwork is intricately carved on soft stone and its process requires supreme mastery of masonry and design making. The Varanasi soft stone jali work epitomizes both high skill and superior quality of craftsmanship. Delicately chiseled and decorated with inlay work these elaborately carved jalis demand time in their making along with the skill and creativity of the masters. In Varanasi, the jali craftwork can be seen on forts, zamindari homes, places of worship, and ancient monuments all of which are a testimony to its antiquity. Statues of religious significance are also made using this technique. To further enhance the beauty of these sculptures they would be embedded with semi-precious stones and shell-work. Given their small size and the intricate work of jali making the Varanasi soft stone craft remains the skill of the masters.

Today small items of utility and decor are also produced such as tabletops, boxes, coasters, trays, lampstands, small bowls, jaalis, candle stands, and decorative items. The most popular item is the undercut elephant.

The Stone Cutting Machine is used to cut the desired shape, the Compass helps to measure the stone and mark it, Sandpaper is used to smoothen the stone, Soapstone is used for carving, and the Drill Machine holds the drilling bits.

Varanasi is one of the oldest living cities in the world. A visit to Varanasi cannot be complete without a visit to the ghats running along River Ganges. There are about 88 ghats in the city. The evening aarti (a religious ritual with lamps) at the ghats, primarily at Dashashwamedh, is a sight to behold. One of the more visually spectacular ghats is the Lalita Ghat.

The Kaimoor Wildlife Sanctuary is a serene forested area located around 100 km from Varanasi. Spread over an area of 1,342 sq km, the sanctuary is dotted with several waterfalls, of which the finest are, Karkat and Telhar falls. The sanctuary is most famous for its blackbuck population and is home to several other animals like tiger, leopard, wild boar, sloth bear, sambar deer, chital, four-horned antelope, and nilgai.

Ramnagar Fort is located on the eastern bank of River Ganges, opposite Tulsi Ghat, in Varanasi. The 18th-century red sandstone fort was built in Mughal style by the ruler of Kashi, Maharaja Balwant Singh. It is said to be the ancestral home of the Maharaja of Banaras. A 30-minute boat rides away from Varanasi, the fort is an imposing sight, rising from the bank of the river. It houses a temple dedicated to Ved Vyasa, the author of the Mahabharata, along with a popular temple dedicated to Lord Hanuman. A museum inside the compound showcases collectibles belonging to the royal family. It is known for its exhibits of antique scripts and scriptures, vintage furniture, cars, royal costumes, gold, and silver brocaded palanquins and elephant saddles carved out of silver.