India's defence exports has grown six times in the previous 5-6 years and Made in India defence equipment and services are provided to more than 75 countries.

* Demand growth is likely to accelerate with rising concerns of national security.

* There is a critical need to build technological capabilities over countries such as China, Pakistan due to the ongoing territorial disputes over the ownership of the Northern State of Kashmir and the North Eastern State of Arunachal Pradesh, respectively.

* Government of India changed the automatic route limit for FDI in the defence sector to 74%; this will boost national security, self-sufficiency in product design, increase investments, income and employment.

* In November 2021, Defence Acquisition Council (DAC) boosted the ‘Make in India’ initiative by according Acceptance of Necessity (AoN) — to capital acquisition proposals worth Rs. 7,965 crore (US$ 1.07 billion) — for modernisation and operational needs of armed forces.

The Indian defence manufacturing industry is a significant sector for the economy. Demand growth is likely to accelerate with rising concerns of national security. Growth was observed in the value of production by Defence PSUs due to numerous key product developments through research and development initiatives, in addition to various products and equipment being manufactured through transfer of technology.

The defence manufacturing sector has seen some major developments, investments and support from the Government in the recent past.

The 3rd Edition of Vietnam India Bilateral Army Exercise “Ex VINBAX 2022” is scheduled to be conducted at Chandimandir from 1-20 August 2022.

Foreign Direct Investment (FDI) equity inflow in the defence sector for April 2000-March 2022 stood at US$ 12.51 million as per data released by the Department for Promotion of Industry and Internal Trade (DPIIT).

In June 2022, the Ministry of Defence approved the procurement of military equipment and platforms worth Rs. 76,390 crore (US$ 9.84 billion) from domestic industries.

The Startup Incubation and Innovation Centre, IIT-Kanpur (SIIC IIT-Kanpur) recently signed an MoU with Defence Innovation Organisation (DIO) to nurture and support start-ups and SMEs in the defence sector through its flagship programme iDEX Prime.

100% FDI is allowed in the defence industry, wherein 74% is allowed the under automatic route and beyond 74% is through the government route.

In the Union Budget 2022-23: Ministry of Defence has been allocated Rs. 525,166 crore (US$ 67.66 billion), which includes expenditure on salaries of armed forces and civilians, pensions, modernisation of armed forces, production establishments, maintenance, and research and development organisations.

In November 2021, Defence Acquisition Council (DAC) boosted the ‘Make in India’ initiative by according Acceptance of Necessity (AoN) — to capital acquisition proposals worth Rs. 7,965 crore (US$ 1.07 billion) — for modernisation and operational needs of armed forces.

The Indian Defence sector which is the second largest armed force in the world offers a promising growth journey ahead.

The Indian government is focussing on innovative solutions to empower the country’s defence and security via ‘Innovations for Defence Excellence (iDEX)’, which has provided a platform for start-ups to connect to the defence establishments and develop new technologies/products in the next five years (2021-2026). The Defence Ministry has set a target of 70% self-reliance in weaponry by 2027, creating huge prospects for industry players. The defence ministry estimates potential contract worth Rs. 4 lakh crore (US$ 57.2 billion) for the domestic industry in the next 5-7 years (2025-2027).

According to a report by the India Exim Bank, India has recently become a major exporter of defence products and may be able to meet Africa's needs in the maritime, aerospace, and defence sectors.

According to a study in "Statista," the Indian Ministry of Defence employs 2.92 million people worldwide, including active duty military, reservists, and civilian staff, making it the biggest workforce globally.

Mr. Rajnath Singh, Minister of Defence, dedicated 75 infrastructure projects to the nation, including roads, helipads, and bridges, at a cost of Rs. 2,180 crore (US$ 264.37 million).

Department of Defence Production institutionalizes 'Swachhta' in its field offices across the country through Special Campaign 2.0 on Cleanliness...

The Department of Defense Production has organised 'Swachhta' cleanliness drives at 294 different locations across the country. 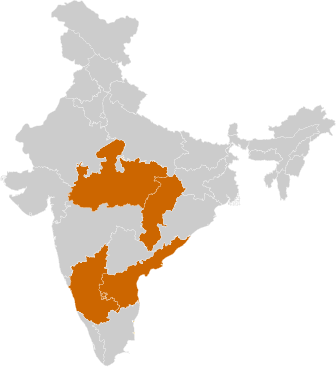 The Indian defence manufacturing industry is a significant sector for the economy. The industry is likely to accelerate with rising concerns of national security.