Of the total installed capacity in FY21 (until January 2021), 518.41 MW was managed by central utilities. Thermal power plants accounted for a significant share in the total installed capacity with 702.41 MW, whereas nuclear energy and renewable energy contributed 16 MW and 46.01 MW, respectively. Under the State Budget 2019-20, the government proposed Rs. 28.03 crore (US$ 0.38 million) for various schemes under the power sector.

The UT has a well-developed social, physical and industrial infrastructure. It has a domestic airport that connects it to cities such as Mumbai and Ahmedabad. It also has a minor port infrastructure. The state has an established base for the textiles and plastic industries. 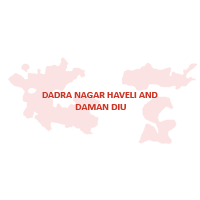