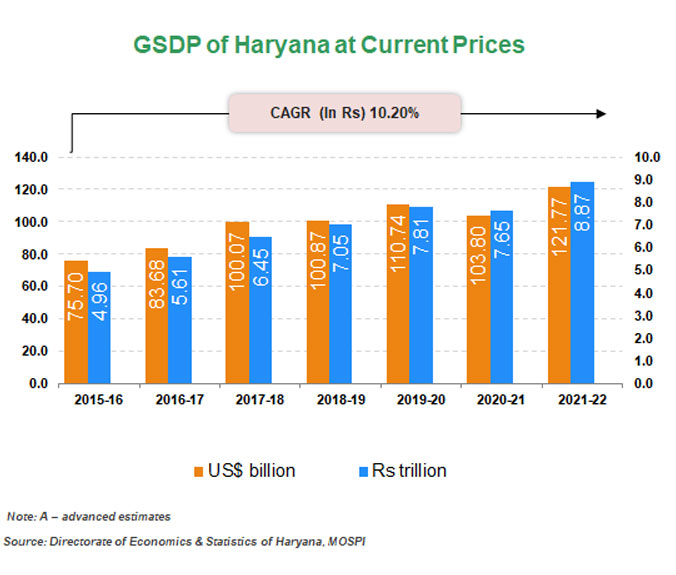 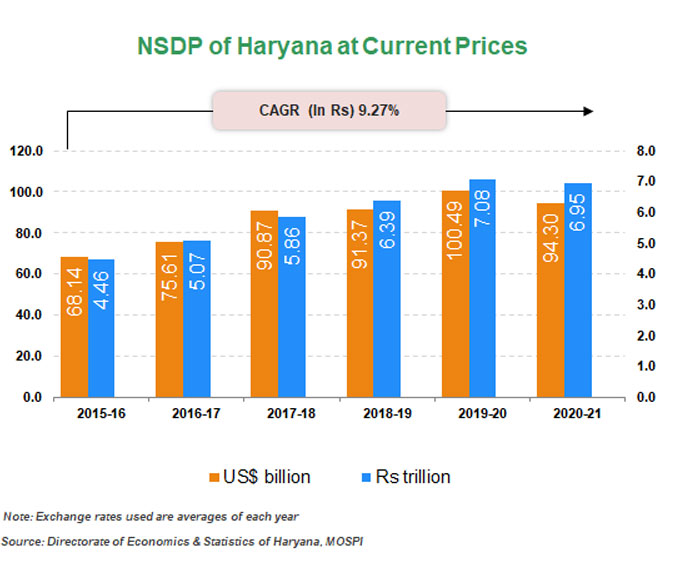 Haryana is among the northern most state in India and adjacent to Delhi, the national capital of India. It is surrounded by Uttar Pradesh in the east, Punjab in the west, Himachal Pradesh in the north, and Rajasthan in the south. The state surrounds the national capital city, New Delhi, from three sides. Historically an agrarian state, Haryana today is a well-developed industrial state.

The state is one of India's largest automobile hubs and accounts for two-thirds passenger cars, 50% tractors and 60% motorcycles manufactured in the country. The state has also emerged as a base for the knowledge industry, including IT and biotechnology. Haryana is the third-largest exporter of software and one of the preferred destinations for IT/ITeS facilities.

The State Government of Haryana has been committed to creating a progressive business environment. The state offers a wide range of fiscal and policy incentives for businesses under the Industrial and Investment Policy, 2011. Haryana ranked the third best state in the country under ease of doing business in the Business Reforms Action Plan 2017. As of October 2020, the state had seven exporting Special Economic Zones (SEZs).