Lakshadweep is India’s smallest union territory (with a total area of 32 sq. km) consisting of 36 islands. The state has 12 atolls, three reefs, five submerged banks and ten inhabited islands. The geographical location of Lakshadweep provides the Indian Navy with greater outreach, around the western Indian Ocean, for patrolling and surveillance. Consequently, to boost power projection capabilities of the Navy, it can be used to great advantage.

In 2019-20, the total merchandise exports from Lakshadweep stood at US$ 0.16 million. In January 2020, the government of India listed 10 islands for holistic development in Lakshadweep to promote tourism and offer facilities to export seafood and coconut products.

In Lakshadweep, the estimated potential of marine fishery resources is about one lakh tonnes of tuna and tuna such as fished and shark. A comparison with other similar states and union territories also reflect the scope to increase fishery production in the islands.

In Lakshadweep, tourism is one of the few areas that can play a vital role in generating revenue, jobs and overall island growth. In 2019, 7,805 tourists were estimated to arrive in Lakshadweep. Lakshadweep administration launched the “Lakshadweep Tourism Policy-2020” for the promotion and development of high-end eco-tourism in various islands of the union territory.

In February 2021, the Minister of Environment, Forest and Climate Change Mr. Prakash Javadekar inaugurated the Atal Paryavaran Bhavan, the headquarters for the forest department, under the Lakshadweep Tourism Policy 2020 to promote and develop eco-tourism. In addition, Mr. Javadekar issued environmental permits for different eco-tourism projects in the islands of Suheli, Kadmat and Bangaram.

In February 2021, the UT, in its proposal to the Ministry of Home Affairs, announced its plans to dedicate a tourist ship in the islands with the aim to develop cruise tourism and generate employment opportunities.

In February 2021, the UT completed preliminary inspection for construction of a modern passenger terminal at Beypore Port. This initiative is part of the UT’s agenda to upgrade Beypore Port into a well-developed seaport. The terminal is designed to be situated adjacent to the main entrance of the port. According to the port officials, the Harbour Engineering department has been entrusted with the preparation of the project plan to be submitted to the government, with a proposed completion timeline of two years.

In January 2021, the Ministry of Ports, Shipping and Waterways (MoPSW) began operations of seaplane services, on select routes, under a special purpose vehicle (SPV) framework, through prospective airline operators. The proposed origin-destination pairs include Lakshadweep and Andaman & Nicobar islands. The project execution and implementation would be through Sagarmala Development Company Ltd. (SDCL), which is under the administrative control of the ministry.

In December 2020, the Ministry of Agriculture declared Lakshadweep as India’s first UT to cultivate 100% organic produce.

In February 2020, the Ministry of Tourism took initiatives under ‘Ek Bharat Shreshtha Bharat Programme’—‘Andaman-Lakshadweep Mahotsav’ to promote their products and boost tourism in the states.

In 2020, UDAN 4.0 scheme, under the Ministry of Civil Aviation (MoCA), invited tenders for

1. An underserved airport, Lakshadweep Island airstrip, with an emphasis on island connectivity.

2. In Lakshadweep Island, which is up for bidding, the ministry also recognised that efforts are underway to provide the region with aerial connectivity. 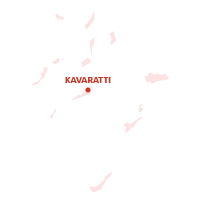