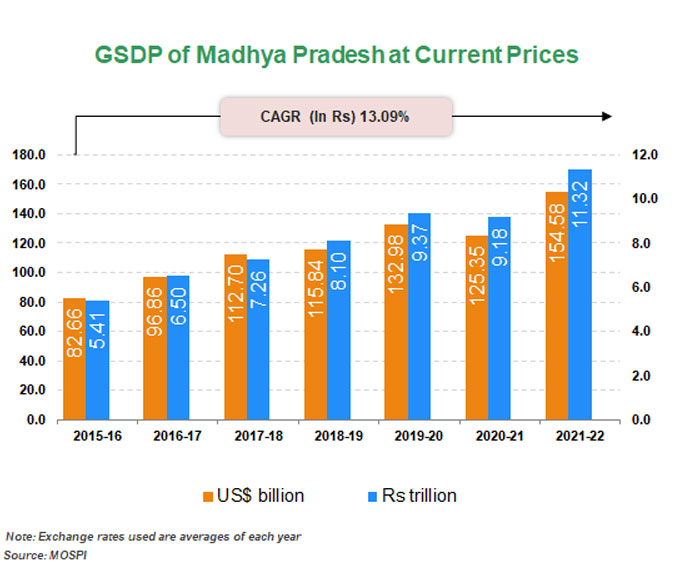 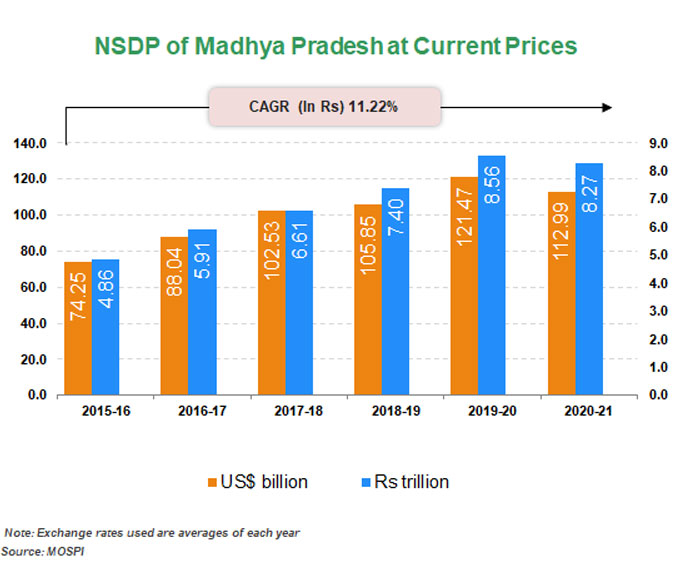 Madhya Pradesh is located in central India. The state is bound on the north by Uttar Pradesh, on the east by Chhattisgarh, on the south by Maharashtra, and on the west by Gujarat and Rajasthan. It is among the fastest growing states in the country.

Madhya Pradesh is rich in natural resources - fuel, minerals, agriculture, and biodiversity. It is also the only diamond producing state in the country. Diamond production in the state stood at 38,437 carats in 2018-19.

Madhya Pradesh offers distinctive monetary and strategy/policy incentives for organizations under the Industrial Promotion Policy-2014 other than strategies/policies for information technology (IT), biotechnology, tourism, and special economic zone (SEZs). To pull in investors and promote entrepreneurs, the State Government has selected TRIFAC, an agency that encourages a single window system, for speedy approvals of different clearances and consents.

Exports from the state stood at US$ 6.47 billion in FY21, the total drug formulations, biologicals products exports from Madhya Pradesh accounted for US$ 1,099.97 million, which was 17% of the total exports.

According to the Department for Promotion of Industry and Internal Trade (DPIIT), cumulative FDI inflow in Madhya Pradesh was valued at US$ 282.29 million between October 2019 and March 2021.

Textiles industry is one of the key sectors of Madhya Pradesh. The state is one of the major cotton producing states in India. In 2018-19, cotton and silk production in the state reached 24 metric tonnes^ and 100 million metric tonnes, respectively. Exports of cotton yarn is estimated at US$ 260.22 million in FY21 (until February 2021) and accounts for 4% of the state’s total exports.

In 2019, foreign tourist arrivals and domestic tourist visits in the state stood at 0.33 million and 88.71 million, respectively.