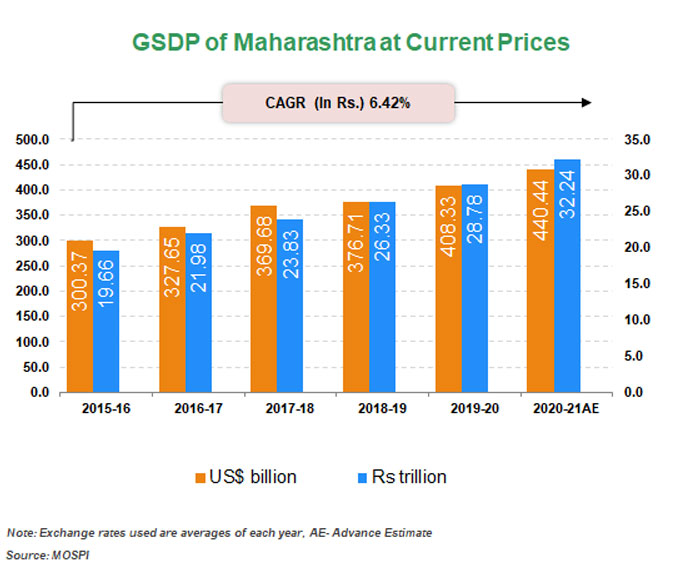 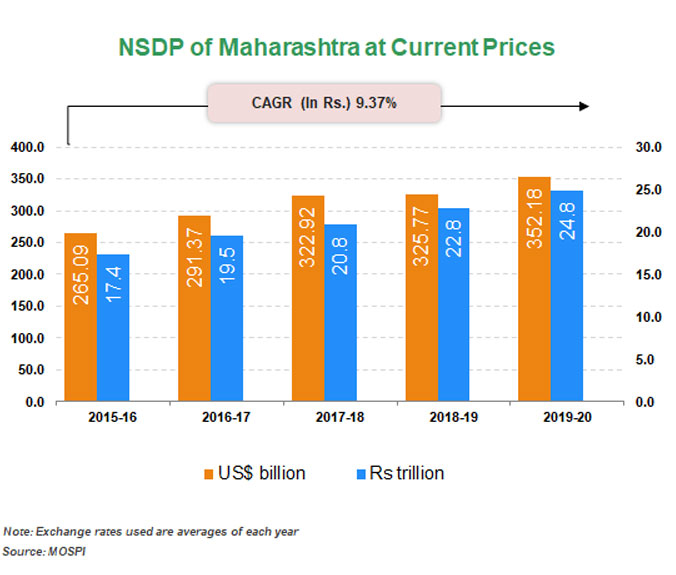 Maharashtra is situated on the west coast of India. The state shares borders with Gujarat, Madhya Pradesh, Chhattisgarh, Andhra Pradesh, Karnataka, Goa and the Union Territory of Dadra and Nagar Haveli.

Mumbai, the state's capital, is the commercial capital of India and has evolved into a global financial hub. The city is home to several global banking and financial services providers. Pune, another major city in the state, has emerged as the educational hub. Maharashtra has emerged as a key hub for IT & ITeS, electronics, and captive business outsourcing industries.

The state has a well-developed social, physical, and industrial infrastructure. Apart from 16 airports, the state has two major and 48 minor ports. It also has a well-developed power supply grid. Maharashtra's infrastructure sector has grown significantly over the last decade, with a substantial rise in the number of industrial clusters and public private partnership (PPP) projects.

According to the Department for Promotion of Industry and Internal Trade (DPIIT), between October 2019 and March 2021, FDI inflow in Maharashtra stood at US$ 23,432.35 million, accounting for ~28% of the total FDI inflow in India. During Magnetic Maharashtra 2.0 in June 2020, the state attracted investment proposals of` Rs. 1.13 lakh crore (US$ 15.23 billion) with expected employment >2.50 lakh.

Total exports from the state stood at US$ 58.41 billion in FY21. Maharashtra exported key items such as pearls, precious and semi-precious stones, drug formulations and biologicals, gold and other precious metal jewellery, motor vehicles & cars and iron & steel.