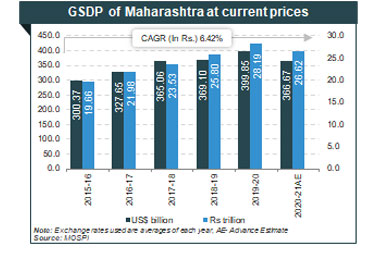 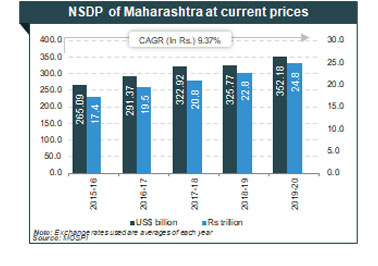 Maharashtra is situated in the western region of the country. It is the most industrialised state in India and has maintained its leading position in the industrial sector in the country. The state is a pioneer in small scale industries and boasts of the largest number of special export promotion zones. Maharashtra has a large base of skilled and industrial labour, making it an ideal destination for knowledge based and manufacturing sectors.

Mumbai, the state's capital, is the commercial capital of India and has evolved into a global financial hub. The city is home to several global banking and financial services providers. Pune, another major city in the state, has emerged as the educational hub. Maharashtra has emerged as a key hub for IT & ITeS, electronics, and captive business outsourcing industries.

The Government of Maharashtra has several policies in place to set up the right kind of business climate in the state. These policies aim to motivate investors to invest into various sectors in the state, thereby contributing to the overall development of the economy.

According to the Department for Promotion of Industry and Internal Trade (DPIIT), between October 2019 and March 2021, FDI inflow in Maharashtra stood at US$ 23,432.35 million, accounting for ~28% of the total FDI inflow in India. During Magnetic Maharashtra 2.0 in June 2020, the state attracted investment proposals of` Rs. 1.13 lakh crore (US$ 15.23 billion) with expected employment >2.50 lakh.

Total exports from the state stood at US$ 58.41 billion in FY21. Maharashtra exported key items such as pearls, precious and semi-precious stones, drug formulations and biologicals, gold and other precious metal jewellery, motor vehicles & cars and iron & steel.

The following are some of the major initiatives taken by the Government to promote Maharashtra as an investment destination: