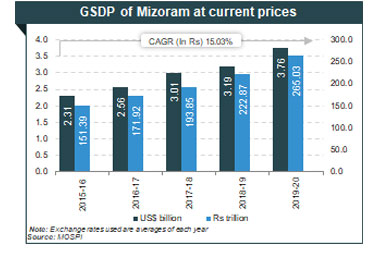 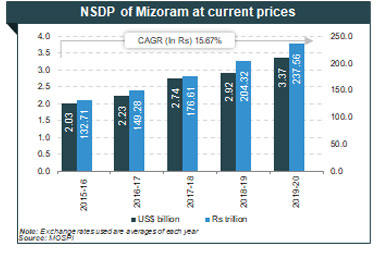 Mizoram is one of the seven states in the northeast. Mizoram shares its borders with other northeast states like Manipur, Tripura, and Assam as well as with neighbouring countries of Bangladesh and Myanmar.

The state has a large forest area and contributes 14% to the country’s bamboo production. The climatic conditions in the state provide a breeding ground for commercial exploitation of all kinds of silkworm.

According to Department for Promotion of Industry and Internal Trade (DPIIT), Foreign Direct Investment (FDI) inflows to Mizoram** totalled US$ 122 million between April 2000 and September 2019.

Zoram Industrial Development Corporation (ZIDCO) is responsible for the overall development of industrial infrastructure in the state. Mizoram has eight industrial estates, of which five are operational and the remaining are yet to be developed.

The following are some of the major initiatives taken by the government to promote Mizoram as an investment destination: