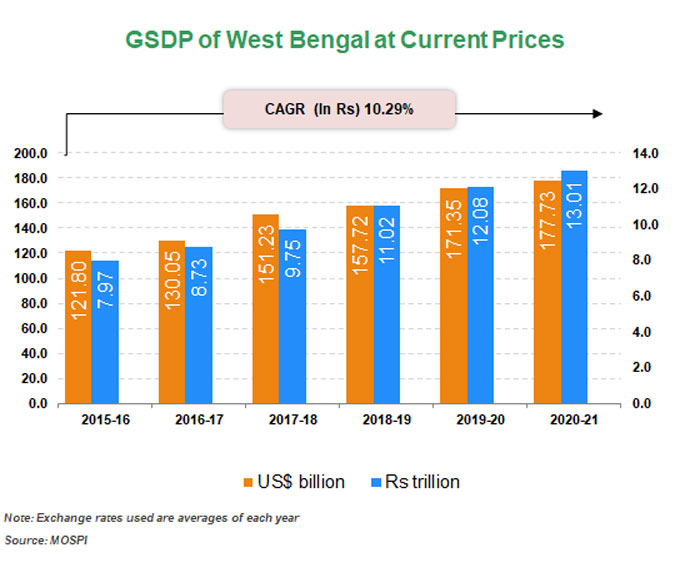 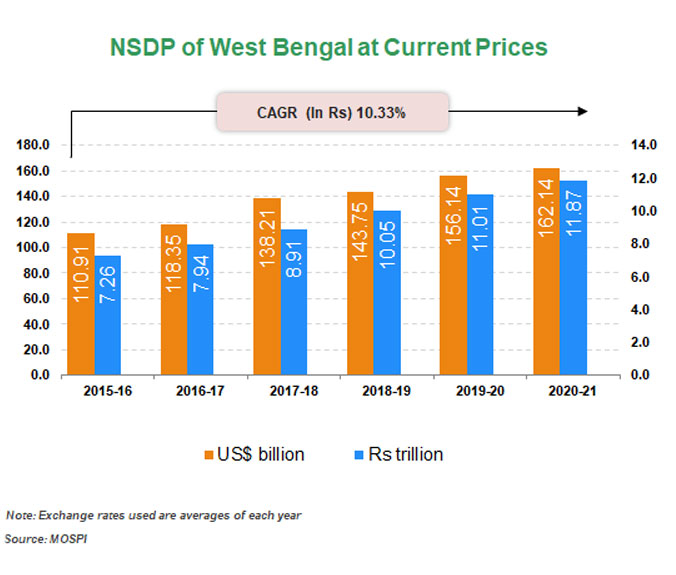 West Bengal is situated in eastern India and shares its borders with Jharkhand, Bihar, Odisha, Sikkim, and Assam. The state also shares international borders with Bangladesh, Bhutan, and Nepal. The Bay of Bengal is in the south of West Bengal.

West Bengal is the second largest tea-producing state in India and is home to the globally acclaimed Darjeeling tea variety.

Its location advantage makes the state a traditional market for eastern India, the Northeast, Nepal, and Bhutan. It is also a strategic entry point for markets in Southeast Asia. The cost of operating a business is lower in Kolkata than in other metropolitan cities.

West Bengal has abundant natural resources of minerals and suitable agro-climatic conditions for agriculture, horticulture, and fisheries. It is in vicinity to mineral rich states like Jharkhand, Bihar, and Odisha. It offers excellent connectivity to the rest of India in terms of railways, roadways, ports, and airports.

West Bengal ranked eleventh among Indian states on ease of doing business and reforms implementation according to a study by the World Bank and KPMG.

Note: ^including Madhya Pradesh and Jharkhand, * - Until January 2021