The provisions of the erstwhile Rajiv Awas Yojana (RAY) scheme weren’t the brightest idea because practical implementation, in scale, was not feasible, and hence it was another scheme high on ideals and poor on ground delivery.

The Pradhan Mantri Awas Yojana (PMAY) scheme on the other hand has done away with many of the impractical conditions of RAY and added in some very good points which have led to many thousands of homes being built and supplied under this scheme including an interest subvention of approx INR 2 lakh that is paid directly into the account of the first time home buyer. And this is the moot point, that the Government is encouraging legitimate first time home buyers who are now more easily able to translate their aspiration into a physical asset.

One of the areas where PMAY is still lacking is that it does not cover projects in several crucial areas such as the rural areas where land is comparatively cheap and hence primed for the creation of affordable housing supply, hence given the scale of ambition of the Housing for All 2022 mission, it would be necessary for the PMAY scheme to cover such localities as well.

An additional interest subvention scheme has been recently announced by the Honourable Prime Minister and this is a rather hefty interest subvention amount - 4% for loans up to INR 9 lakh and 3% for loans up to INR 12 lakh. The intent is absolutely clear - the focus is on the Economically Weaker Section (EWS) for apartments in the studio or 1 Room Kitchen format and also for the Lower Income Group (LIG) sector which is typically a small format 1 BHK. The supply shortage is also specifically in these 2 formats and hence the interest subvention scheme is not only very well intentioned but also very well directed to achieve the derided results - politically and functionally.

The specifics of the latest scheme are yet to be disseminated but one can presume that it will be under the PMAY scheme and the subvention amount will be paid directly into the account of the home buyer.

This new subvention makes homes of these 2 formats even more affordable as the EMI's come crashing down to almost Western developed County standards - with mortgage rates currently at 8.35% - 9%, such a subvention means that the EMI per INR 1 lakh would be INR 450-->600 which would be an all-time low thereby widening the net massively of who would financially qualify to buy a first home - families and people who believed that they could not afford to buy a home will now suddenly find themselves qualifying as a legitimate home buyer.

Hence this is also a very inclusive policy by the government and also one that will spur demand for such format apartments and hence developers will cater to the same thereby creating supply  It would be difficult to forecast an entire revival of the real estate sector based on just the affordable housing sector because the issues that plague the sector are several but this move will certainly create the right environment to lead the recovery.

Some Ways to get funding in real estate

Skills for a Realtor in avoiding common home buying mistakes 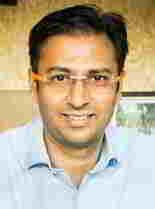