India – A hub for foreign investments in the manufacturing sector

Introduction
India's manufacturing sector is fast developing into an investment hub for foreign players with foreign direct investment (FDI) of US$ 104.18 billion between April 2000 and December 2021. With initiatives like 'Make in India' and Atmanirbhar Bharat pushing local production as well as local assembly, India's manufacturing base has been steadily growing over the last few years. According to the World Bank's Ease of Doing Business Ranking 2020, India jumped 79 positions in just six years - from 142 in 2014 to 63 in 2019. 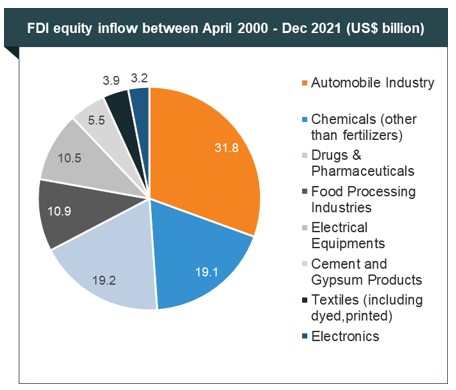 Government Policies & Initiatives
The government has played a massive part in turning India into a manufacturing hub. It has incorporated various policies and taken on multiple initiatives to ease the process of setting up a manufacturing base in this country: 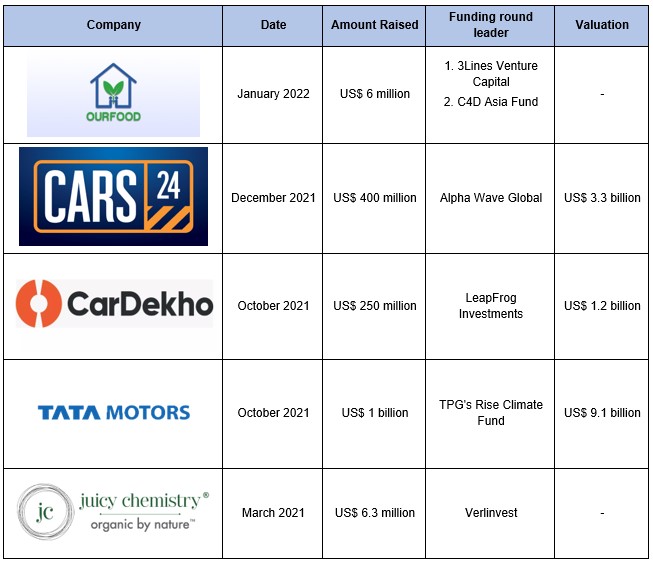 Road Ahead
According to a recent CII-EY report titled "FDI in India – Now, Next and Beyond, Reforms and Opportunities", India can expect to attract anywhere between US$ 120 billion to US$ 160 billion in FDI annually by 2025 if it manages to increase the FDI to GDP ratio between 3-4%. This FDI growth estimate is backed up by the growth potential of individual sectors:

There are plenty of new Indian businesses cropping up to capitalise on the growth opportunities mentioned above. The manufacturing sector recorded 39,539 business registrations in FY21, compared with 26,406 in FY20, a growth of 50%.

Both existing businesses and new ones cannot excel without the government's support. During the Union Budget 22-23, Finance Minister, Ms. Nirmala Sitharaman stated that the PLI schemes implemented in 14 sectors towards achieving the goal of Atmanirbhar Bharat had received an excellent response, with the potential to create 60 lakh new jobs, and additional production of Rs. 30 lakh crore (US$ 390.42 billion) over the next 5 years. The government and Indian businesses working in tandem will go a long way into solidifying India's position as a manufacturing hub.