In recent times, India's various industry electronic associations and the government have worked hard to improve the business ecosystem, as a supportive ecosystem and large capital investments are required for a proper and efficient electronics manufacturing industry. 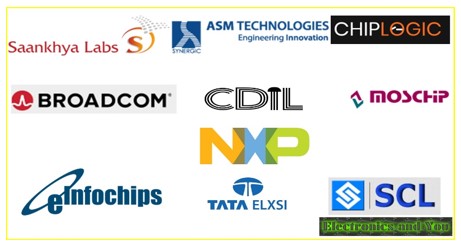 Need for Domestic Manufacturing
The government has been pushing for the domestic manufacturing of electronics, electronic components, and semiconductors for several reaons including:

Electronics Industry: In the 1960s, an electronic committee was set up under the leadership of Dr. Homi Bhabha. For both strategic and economic reasons, the committee's report emphasised the importance of electronics and the necessity for a robust domestic electronics component ecosystem. This idea was carried forward when the government set up the Department of Electronics (DoE) in 1970.

Like in other industries, duties were kept high to discourage imports of electronics components. However, the government realised that domestic electronics production could not keep up with the demand. Subsequently, throughout the 1980s, successive policies cut import taxes on electronic components and finished goods.

The uncertain policy climate did not deter Indian firms from entering the electronics market. In fact, HCL and Wipro, two of India's most well-known IT services companies, began as electronic calculator and computer manufacturers, respectively. Companies like these tried hard to push against all odds and helped the Indian electronics industry get to the level it is at today. Currently, electronic goods production in India has more than doubled from US$ 30 billion in 2014-15 to US$ 75 billion in 2019-20.

Semiconductor Industry: Microprocessors and other semiconductors were seen by the Indian government as the possible foundation for a new revolution as the pace of global technological innovation accelerated in the 1970s and 1980s. They concluded that for India to progress, it needed its own domestic manufacturing facilities.

For this purpose, in 1984, the Indian government founded SCL, a 100% state-owned company. The purpose of SCL was to design and manufacture cutting-edge circuits and electronics. A sum of US$ 40-70 million was invested in this project, and the facility was located in Mohali, Punjab.

Since then, the PLI scheme announced in December 2021 has been the first significant positive move by the government in the semiconductor space. This scheme is the government's attempt to give a fresh start to India's semiconductor manufacturing and fabrication vision.

Government Initiatives
The government has taken multiple initiatives and implemented policies that promote the domestic manufacturing of electronics and semiconductors in India.

Road ahead
India's global electronics manufacturing market size share has increased from 1.3% in 2012 to 3.6% in 2019. Rising domestic demand and a burgeoning electronics ecosystem are driving growth. With the upcoming implementation of 5G technology, this demand is just going to increase further. 5G modems, 5G routers, MIMO antennas, 5G New Radio (5GNR), C-RAN units, etc. will all require manufacturing soon, which presents a huge opportunity for Indian manufacturers to capitalise on.

ISMC, a joint venture between Abu Dhabi-based Next Orbit Ventures and Israel's Tower Semiconductor, has already announced signing an MoU with the Karnataka government to set up a semiconductor chip manufacturing plant in the state. To ensure the smooth progression of projects like these, the India Semiconductor Mission (ISM) has been set up. This will act as the nodal agency for the efficient and smooth implementation of the PLI semiconductor schemes. With deeper integration into India's value chain, the semiconductor and display ecosystem will have a positive multiplier effect across different sectors of the economy.

These schemes to promote electronics manufacturing, combined with the Prime Minister's call for an 'Atmanirbhar Bharat,' have rejuvenated India’s aspirations of having its local thriving electronics industry, which will allow the country to be truly self-sufficient.