The Rise of India’s Drone Industry
An airborne drone is a device that does not require a pilot on board; therefore, it is also called an Unmanned Aerial Vehicle (UAV). Drones are machines remotely operated by a pilot; completely independent drones are in the final stages of development. Drones manufactured in India find various applications across fields, including commercial, recreational, and defence. The Indian UAV market has the ability to become one of the most competitive markets across the globe. The market presents tremendous manufacturing opportunities; this is likely to promote the local competitive landscape and boost employment in India. India's drones and drone component manufacturing industry have the potential to attract investments worth Rs. 5,000 crore (US$ 632.6 million), which will enhance domestic manufacturing within the country and create more than 10,000 direct jobs over the next three years.

The Indian UAV market is broadly segmented into the following three categories: 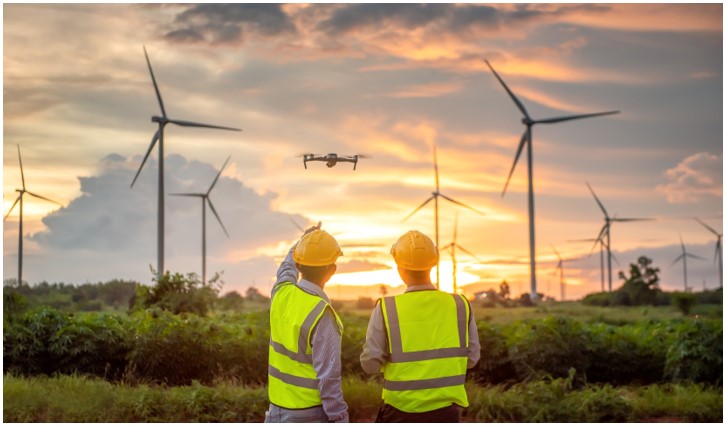 State of the Indian Drone Manufacturing Industry
UAVs, also termed drones, started off from being utilised for military reasons, are currently used by civilians. Advancements in robotics, artificial intelligence, miniaturisation, automation, thermal imaging, materials science, etc. have supported various commercial and civilian usage of drones in sectors like power, agriculture, infrastructure, telecom, and mining, undertaking different activities with substantial enhancements in cost and efficiency. India's drone ecosystem is advancing, driven by the rise in manufacturers in the market. The Indian drone manufacturing industry is flooded with start-up companies and a few listed players entering the space through the inorganic route.

The Indian UAV industry was valued at US$ 830 million in FY 2020 and is estimated to expand at a CAGR of 14.5% between 2021-26, despite the impact of the pandemic on numerous sectors of the country. The drone technology is increasingly being adopted across industries in India and abroad. Drones reduce compliance costs, enable real-time monitoring, facilitate high-quality data collection, and helps monitor large areas in less time. These advantages are driving their adoption for civil and industrial applications.

The top drone companies in India (including a few military drone manufacturers in India) are listed below.

Domestic Opportunity for the Drone Manufacturing Industry
Drone technology has played a crucial role during the COVID-19 pandemic in a wide range of areas, including healthcare product delivery, law enforcement and e-commerce delivery. Following the emergence of multiple use cases across the globe, the government has identified drone technology and its applications as a sunrise sector and started putting in considerable efforts to promote indigenisation of drone technology in India. The liberalised regulatory framework and manufacturing incentives announced by the government aim to develop the country’s drone manufacturing ecosystem. This strategy will create a wide range of upstream and downstream business opportunities such as the design and manufacture of drone components; assembly of drone products; and development of software applications, enterprise solutions and counter-drone technologies. According to NITI Aayog, India's UAV market will expand to US$ 50 billion over the next 15 years as drones are projected to substitute 80% of operations presently carried out by manned aircraft.

Government’s Role in Supporting the Drone Manufacturing Industry
The government believes that drones can benefit and drive multiple sectors of the economy, such as mining, agriculture, surveillance, and infrastructure. Due to their reach, adaptability, and usability, drones can significantly contribute to job creation and economic growth, particularly in India's rural and inaccessible regions. Besides the PLI scheme, the Government of India has executed a series of reforms to make India a globally renowned drone hub by 2030. Some of the key initiatives are mentioned below:

Road Ahead
The drone manufacturing industry is still at a nascent stage and is mostly run by drone start-ups in India and various drone manufacturing companies. The government will play a crucial role in growing the domestic drone industry faster than its global counterparts. Therefore, the rapid adoption of drones is critical to realising the potential of this technology which can be achieved by reducing manufacturing costs, making it globally competitive. The indigenisation efforts initiated by the government through a series of policy reforms and financial assistance are set in the right direction. This should help the industry servicing domestic and export markets as demand is expected to grow exponentially, driven by the realisation of multiple use cases across various sectors.

Drones are expected to create considerable employment opportunities and drive economic growth as they provide various advantages (versatility, high reach and ease of use, particularly in India's remote and isolated areas). The government and various enterprises are recognising the economic and social prospects offered by the drone manufacturing industry. Therefore, India's drone industry has great potential to increase its scale exponentially from the current level. However, the industry will require skilled experts to understand the intention of making the country an international drone hub by 2030 and opening up drone business opportunities in India.