Indian ecommerce market could outpace more mature markets to become the third largest market in the world with US$ 350 billion by 2030.

*100% FDI under the automatic route is permitted in the marketplace model of E-commerce.

*The recent rise in digital literacy has led to an influx of investment in E-commerce firms, levelling the market for new players to set up their base, while churning out innovative patterns to disrupt old functioning.

The Indian e-commerce sector is ranked 9th in cross-border growth in the world, according to the Payoneer report. Indian e-commerce is projected to increase from 4% of the total food and grocery, apparel and consumer electronics retail trade in 2020 to 8% by 2025. As of August 29, 2022 the Government e-Marketplace (GeM) portal served 11.14 million orders worth Rs. 294,866 crore (US$ 36.88 billion) to 62,192 buyers from 5.04 million registered sellers and service providers.

India’s social commerce has the potential to expand to US$ 16–20 billion in FY25, at a CAGR of 55-60% with a potentially monumental jump to US$ 70 billion by 2030, owing to high mobile usage. India's e-commerce order volume increased by 36% in the last quarter of 2020, with the personal care, beauty & wellness (PCB&W) segment being the largest beneficiary. Driven by the beauty and personal care (BPC), India's live commerce market is expected to reach a gross merchandise value (GMV) of US$ 4-5 billion by 2025.

Huge investments from global players—such as Facebook, which is investing in Reliance Jio—are being recorded in the e-commerce market. Google also reported its first investment worth US$ 4.5 billion in Jio Platforms. This deal was followed by the purchase of Future Group by Reliance Retail, expanding the presence of the Ambani Group in the e-commerce space.

India’s overall smartphone market grew by 7% in 2021 with Samsung capturing the top position with a market share of 17% 2021. The number of smartphone users in India is expected to reach 887.4 million by 2030. India has the highest data consumption rate worldwide at 14.1 GB of data per person a month. By 2025, India will be home to 650 million users who consume short-form videos

The Government of India's policies and regulatory frameworks such as 100% Foreign Direct Investment (FDI) in B2B E-commerce and 100% FDI under automatic route under the marketplace model of B2C E-commerce are expected to further propel growth in the sector. As per the new FDI policy, online entities through foreign investment cannot offer the products which are sold by retailers in which they hold an equity stake.

Through its Digital India campaign, the Government of India is aiming to create a trillion-dollar online economy by 2025. It has formed a new steering committee that will look after the development of a government-based e-commerce platform. The new committee, set up by the Commerce Ministry, will provide oversight on the policy for the Open Network for Digital Commerce (ONDC), which is an e-commerce platform that the government is backing for the development. The ONDC will serve as the infrastructure for setting up the final storefront, which will be similar to Flipkart and Amazon.

According to market research company Redseer Strategy Consultants, e-commerce platforms saw a surge of almost 25% on an annual basis as they sold goods worth Rs. 76,000 crore (US$ 9.29 billion) during the festive season sale in October.

On October 22, Shiprocket, a provider of shipping and logistics solutions, completed its first successful transaction after becoming online on the government's Open Network for Digital Commerce (ONDC).

In the midst of a funding crunch for startups, Udaan has raised US$ 120 million in convertible notes and debt from shareholders and bondholders.

According to a recent report by Canadian multinational e-commerce company Shopify, Indian e-commerce companies are expected to enjoy a holiday bonanza with sales likely to increase 28% YoY to US$ 11.8 billion during the month.

India will pip US to become world's second-largest online shopper base...

According to a report by Bain & Company, India's e-commerce business might overtake the US to become the second-largest consumer base in the next one to two years with 190 million online buyers. 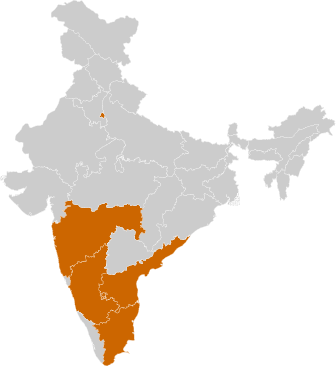