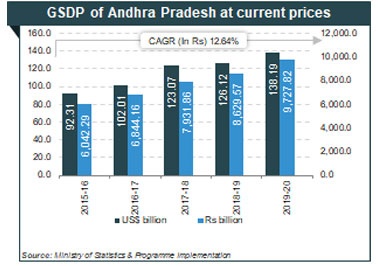 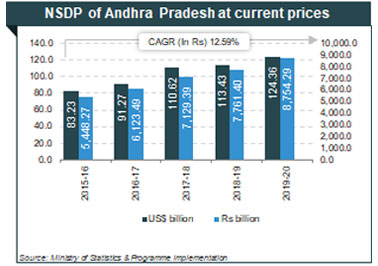 The erstwhile state of Andhra Pradesh has been bifurcated into two states, Telangana, and residuary Andhra Pradesh (Seemandhra), by the Andhra Pradesh Reorganisation Act, 2014 or the Telangana Act. The act consisted of the aspects of the division of assets and liabilities, the boundaries of the proposed new states, and the status of the capital city Hyderabad after the separation of the state.

Andhra Pradesh has been one of the foremost states to have developed sector-specific policies. Forming industrial clusters and developing infrastructure, such as biotech parks, textile parks and hardware parks, has been the state's key strategy to attract investments in various industries.

In February 2021, the state government approved seven new ESI (Employees’ State Insurance) hospitals. Of these, construction of a 100-bed ESI hospital in Vizianagaram is estimated to be complete by March 2023

Seemandhra, comprising Rayalaseema and coastal Andhra, has most of the power projects of undivided Andhra Pradesh. Coal-based power plants are mostly located in the state due to proximity to the ports. As of March 2020, Andhra Pradesh had a total installed power generation capacity of 24,854.00 MW.

The Visakhapatnam port ranks third in terms of port traffic in India. It handled 72.72 million tonnes of traffic during 2019-20.