About Delhi: Information on Industries in Delhi, Economy, Growth & Geography 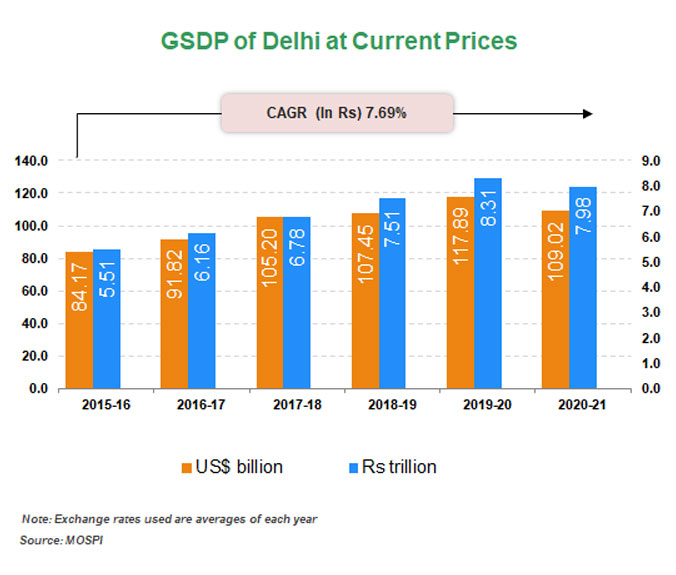 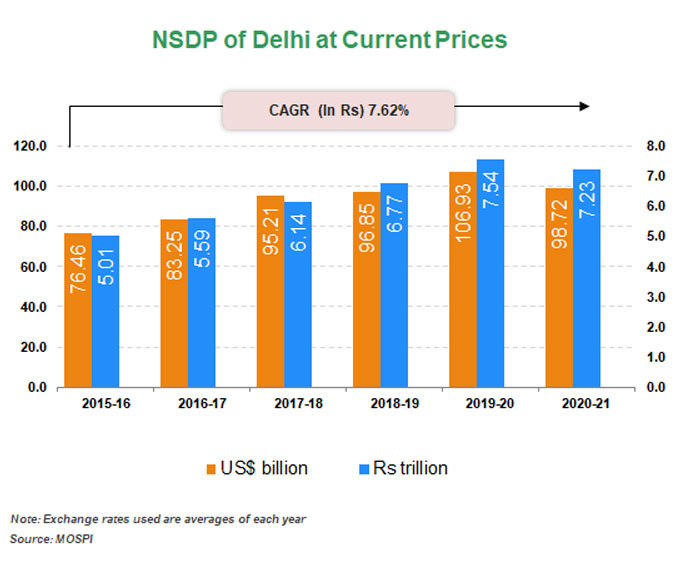 Delhi is the capital of the Republic of India and the seat of all three branches of the Government of India. It is one of the largest metropolises in the country. Delhi shares border with the states of Uttar Pradesh and Haryana. It is the center of international politics, trade, culture, and literature in India.

Delhi has an attractive real estate market and is a preferred tourist destination. Owing to its location, connectivity and rich cultural history, Delhi has always been a prime tourist attraction of the country. Delhi Metro is the seventh busiest metro rail network in the world. It is being built in phases. Phase-I completed with 59 stations (including interchange stations) and 65.1 km of route length of which 13.17 km is underground and 51.93 km surface or elevated. The average daily line utilization of Delhi Metro is 56.61 lakh per day by January 2021.

The Government of Delhi has been committed towards creating a progressive business environment. The new Industrial Policy 2010-21 aims to provide a conducive environment for knowledge-based and hi-tech IT/ITeS industries in Delhi.