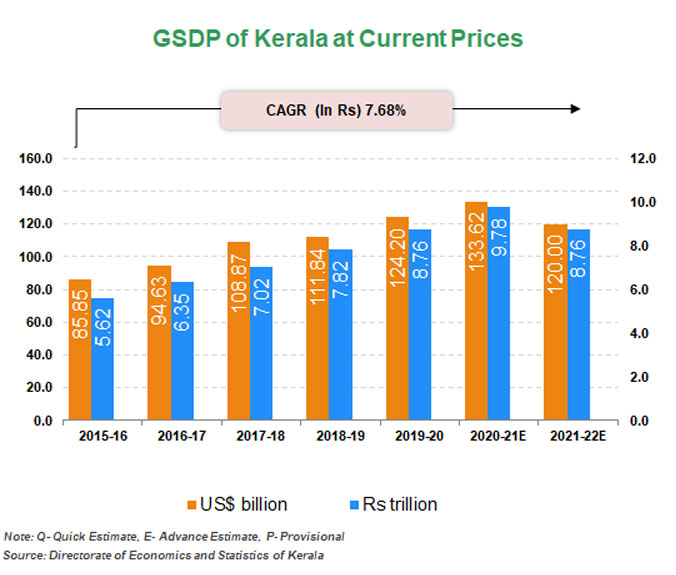 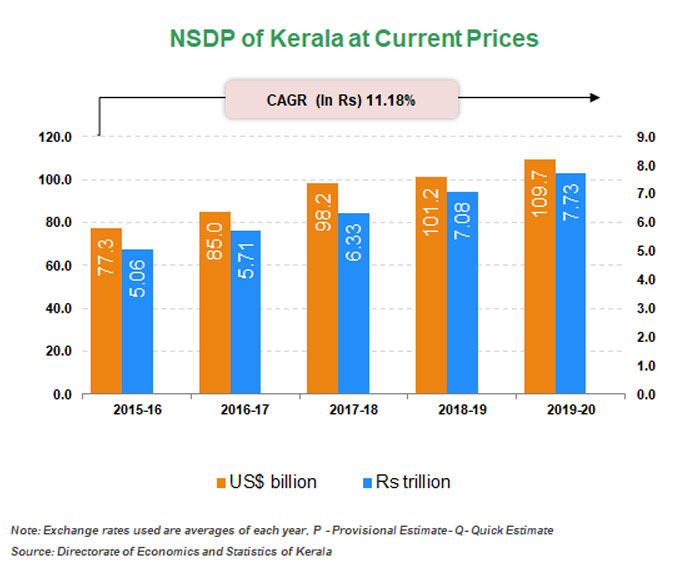 Kerala is one of the few states to have marketed its natural beauty successfully to the leisure tourism sector. The state's unique heritage and cultural diversity has attracted tourists from around the world. BBC Travel survey has rated Kerala as the top favorite tourist destination among foreign travelers in 2018.

Kerala has a wide range of fiscal and policy incentives for businesses under the Industrial and Commercial Policy and has well-drafted sector-specific policies.

According to the Department for Promotion of Industry and Internal Trade (DPIIT), cumulative FDI inflow in Kerala was valued at US$ 269.61 million between October 2019 and March 2021.

NOTE: * - As per 3rd Advance Estimates