India is rich in natural resources, notably minerals, making the mining industry extremely valuable. The mining industry is heavily regulated, and the legal framework has changed significantly in the last five years, resulting in a more transparent and efficient system. India produces 95 minerals, including 4 fuel-related minerals, 10 metallic minerals, 23 non-metallic minerals, 3 atomic minerals and 55 minor minerals. India is one of the world's top producers of valuable minerals like chromite, iron ore, coal, and bauxite. Rajasthan is the highest contributor to minerals production in India, followed by Odisha. The mining acts and rules are being amended to ensure ease of doing business in this industry. 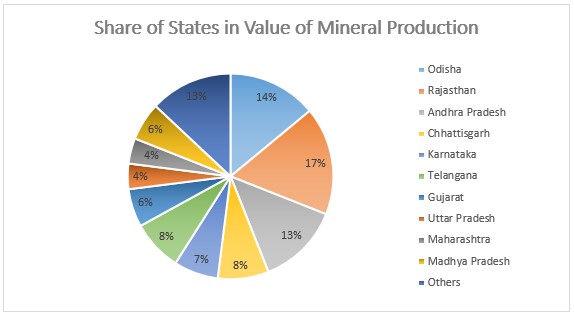 India's mining sector is one of the country's most important industries, and many industries rely on it for essential raw resources. The GVA for the Mining and Quarrying sector was reported at around US$ 54 billion for FY19. India is the world's second-largest coal producer and has the world's fifth-largest coal reserves. The cumulative growth rate from April to October 2020-21 is 11.4% higher than the corresponding period in the previous year. The Government has also supported the mining sector with the budgetary allocation to the Ministry of Mines of around US$ 117.6 million for FY20. India relies on imports more than it exports for the mining industry; however, exports have remained stable over the years. Exports in the mining sector stood at US$ 24.66 billion for FY 20. 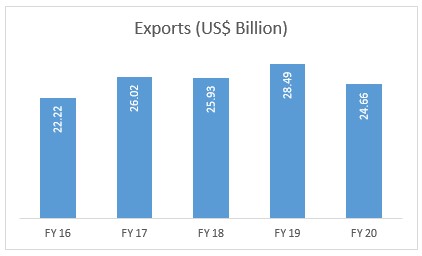 Factors that led to the growth of the mining sector in India are as follow:

India presents a major opportunity in terms of investment in the mining sector. Some of the recent trends are as follow:

India's central government and state governments are jointly responsible for the mining sector's administration. The industry is governed by a federal system that divides regulatory authorities and responsibilities between the central government and the respective state governments. The Mines and Minerals (Development and Regulation) Act 1957 (MMDR Act) was enacted by the Indian government as the primary legislation governing the mineral sector (other than petroleum and natural gas). Besides MMDR Act, the following rules and regulations establish the legal foundation for the mining industry:

The MMDR Act gives the central Government the authority to issue directives to state governments to ensure sustainable mineral development and reduction in the exploitation of air, ground, water, and noise. The following are some of the most important steps taken by the Government to protect environmental impacts of mining:

India has immense mineral potential, with mining licenses provided for a 50-year period that is both long and reliable. The strategic location of India allows convenience in exporting, and over the next 15 years, demand for certain metals and minerals are expected to rise significantly. The Government plans to introduce more mining reforms soon to promote the most efficient use of the country's natural resources. The implementation of the National Mineral Policy in 2019 presents a significant investment opportunity in India. Due to reforms such as the Make in India Campaign, Smart Cities, Rural Electrification, and a focus on building renewable energy projects under the National Electricity Policy, as well as increased infrastructure development, India's mining sector is expected to undergo significant changes in the coming years.