The Indian automobile industry contributes almost 6.4% of India's GDP and 35% of manufacturing GDP and is a leading employment provider.

* In October 2022, the total production of passenger vehicles*, three wheelers, two wheelers, and quadricycles was 2,191,090 units.

* India could be a leader in shared mobility by 2030, providing opportunities for electric and autonomous vehicles.

* Focus is shifting to electric vehicles to reduce emissions.

* The electric vehicles industry is likely to create five crore jobs by 2030.

*The automobile sector received cumulative equity FDI inflow of about US$ 33.53 billion between April 2000-June 2022.

*The Government of India expects the automobile sector to attract US$ 8-10 billion in local and foreign investments by 2023.

* In September 2021, the Indian government issued notification regarding a PLI scheme for automobile and auto components worth Rs. 25,938 crore (US$ 3.49 billion).

* The Automotive Mission Plan 2016-26 is a mutual initiative by the Government of India and the Indian automotive industry to lay down the roadmap for the development of the industry.

India enjoys a strong position in the global heavy vehicles market as it is the largest tractor producer, second-largest bus manufacturer, and third-largest heavy trucks manufacturer in the world. India’s automobile sector is split into four segments, i.e., two-wheelers, three-wheelers, passenger vehicles and commercial vehicles, each having a few market leaders. Two-wheelers and passenger vehicles dominate the domestic demand.

India has a strong market in terms of domestic demand and exports. In FY22, total passenger vehicle sales reached 3.07 million, while automobile exports stood at 31,207 units in September 2022. This is because India has significant cost advantages, as automobile firms save 10-25% on operations vis-a-vis Europe and Latin America. The Indian automotive industry is targeting to increase export of vehicles by five times during 2016-26.

Foreign companies such as Kia Motors and Volkswagen have adapted themselves to cater to the large Indian middle-class population by dropping their traditional structure and designs. This has allowed them to compete directly with domestic firms, making the sector highly competitive.

India is currently shifting focus to electric cars to reduce emissions. In terms of electric vehicles (EVs), in Q3 FY22, sales reached a new high of 5,592 units. Overall, in 2021, 329,190 EVs were sold in India, indicating a 168% YoY growth over last year’s sales of 122,607 units. A report by India Energy Storage Alliance estimated that the EV market in India is likely to increase at a CAGR of 36% until 2026. In addition, projection for the EV battery market is forecast to expand at a CAGR of 30% during the same period.

There have been plenty of investments in the automobile sector recently, as the Government of India expects the automobile sector to attract US$ 8-10 billion in local and foreign investments by 2023. The industry attracted Foreign Direct Investment equity inflow (FDI) worth US$ 33.53 billion between April 2000-June 2022, accounting for 5.54% of the total equity FDI during the period.

Investment flow into EV start-ups in 2021 touched an all-time high, increasing nearly 255% to reach Rs. 3,307 crore (US$ 444 million). There is a need to set up proper charging infrastructure for EVs in India. To install electric vehicle supply equipment (EVSE) infrastructure for EVs, various public sector firms, ministries and railways have come together to create infrastructure, and to manufacture components.

In November 2022, Mahindra & Mahindra announced that they had tied up with three electric vehicle infrastructure partners - Jio-bp, Statiq, and Charge+Zone - to offer charging solutions for its range of passenger electric vehicles.

The Indian government has planned US$ 3.5 billion in incentives over a five-year period until 2026 under a revamped scheme to encourage production and export of clean technology vehicles. Initiatives like Make in India, the Automotive Mission Plan 2026, and NEMMP 2020 will be a net positive for the sector.

The Government aims to develop India as a global manufacturing and research and development (R&D) hub. It has set up National Automotive Testing and R&D Infrastructure Project (NATRiP) centres as well as the National Automotive Board to act as facilitator between the Government and the industry. Under (NATRiP), five testing and research centres have been established in the country since 2015.

In August 2022, the Indian government launched India’s first double decker electric bus in Mumbai. Looking long term, the government feels it is necessary to overhaul the country’s transportation system. It is working to create an integrated electric vehicle (EV) mobility ecosystem with a low carbon footprint and high passenger density with an emphasis on urban transportation reform. The government's strategy and policies are intended to promote greater adoption of electric vehicles in response to growing customer demand for cleaner transportation options.

Following on from the COVID-19 pandemic, the Indian automobiles sector is expected to bounce back and show strong growth in FY23. If it continues on its upward trajectory, India could be a leader in shared mobility by 2030, providing opportunities for electric and autonomous vehicles.

MORE
About 16,73,115 hybrid or electric vehicles are currently in use in India...

Mr. Krishan Pal Gurjar, the Union Minister of State for Heavy Industries, informed that about 16,73,115 hybrid and electric vehicles are currently in use in India.

Retail vehicle sales in India jumped by 14% to about 1.8 million units in January 2023, as per the Federation of Automobile Dealers Associations (FADA).

It has been mentioned that all 7,000 e-buses under the Faster Adoption and Manufacturing of Electric and Hybrid Vehicles in India-II scheme will be operational by the next year. 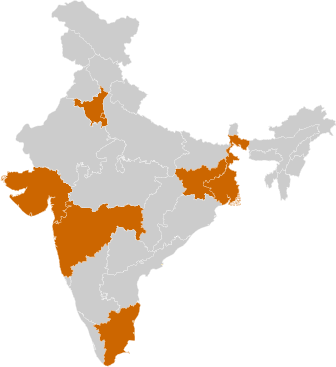 India is expected to become the third largest market for electric vehicles by 2025 at 2.5 million vehicles.