India is the second largest mobile handsets manufacturer in the world with regards to volume produced amounting to 30 crore (300 million) in FY21.

* One of the largest consumers of electronic products in the Asia-Pacific region.

* Will be the fifth-largest consumers of electronic products by 2025.

* Electronics repair, in addition to manufacturing, is a US$ 20 billion opportunity that has the potential to create 5 million jobs.

* The Indian government's National Policy on Electronics (NPE 2019) aims to facilitate a turnover of US$ 400 billion in domestic manufacturing by 2025.

* Under the PLI scheme for IT Hardware, the approved enterprises are estimated to manufacture equipment worth >US$ 21.62 billion over the next four years.

* The electronics sector is expected to nearly double in contribution to the GDP in the next few years, owing to increased support from the government to domestic manufacturing.

* The Indian market is witnessing increasing investment from players such as Intel, C4V (a lithium-ion cell manufacturer in the US), etc.

Currently, India is undergoing a digital revolution leading to a surge in the consumption of electronics devices in India. This growth is mainly attributed to increasing middle-class population, rising disposable incomes and declining electronics prices in the country.

With this spike in demand for electronic products, the electronics system design & manufacturing (ESDM) sector in India is expected to reach ~US$ 220 billion by 2025, expanding at a 16.1% CAGR between 2019 and 2025. India has a goal of producing 1 billion mobile handsets worth US$ 190 billion by 2025, with 600 million handsets worth US$ 110 billion targeted for exports. The ESDM was valued at US$ 90 billion in FY19 and is segmented into electronics system (78%) and electronics design (22According to the IESA (India Electronics & Semiconductor Association), more than 90% semiconductor companies globally have their R&D centres in India. The semiconductor R&D generates about US$ 2.5 billion in revenue and 6 lakh jobs in India.

The Electronics System Design & Manufacturing (ESDM) sector has seen some developments, investments and support from the Government in the recent past.

FDI inflows in the Electronics and Electrical Equipments reached US$ 14.76 billion between April 2000-June 2022.

In September 2022, MeitY Startup Hub (MSH), an initiative of the Ministry of Electronics & Information Technology (MeitY), and Meta announced the launch of an accelerator programme to support and accelerate XR technology startups across India.

Voltas announced plans of Rs. 400 crore (US$ 50.10 million) capex under PLI scheme to manufacture components for white goods in May 2022.

Ministry of Electronics & Information Technology (MeitY) has announced “Scheme for Promotion of Semiconductor Eco-System” in India with a massive outlay of Rs. 76,000 crore (US$ 9.48 billion) in 2022.

About 80% of the Production-Linked Incentive scheme (PLI) to encourage manufacturing in the country, which covers 14 industries and has a total investment of Rs 3 lakh crore (US$ 38.99 billion), is concentrated in only three sectors: electronics, automobiles, and solar panel production.

On April 1, 2020, the government announced three new schemes to position India as a global hub for the ESDM sector and push further the vision of the National Policy on Electronics (NPE) 2019. These schemes include Production Linked Incentive Scheme (PLI), Scheme for Promotion of Manufacturing of Electronic Components and Semiconductors (SPECS) and Modified Electronics Manufacturing Clusters scheme (EMC 2.0).

Production Linked Incentive Scheme (PLI), one of the significant incentive schemes, is aimed at boosting domestic manufacturing of mobile phones and their components, including Assembly, Testing, Marking and Packaging (ATMP) units. As a part of this scheme, ~US$ 5.7 billion (Rs. 420 billion) will be extended as an incentive of 4-6% on incremental sales (of goods manufactured locally) for a period of five years.

In May 2021, the cabinet, chaired by the Prime Minister Mr. Narendra Modi, approved a proposal by the Department of Heavy Industries and Public Enterprises to implement the production-linked incentive (PLI) scheme 'National Programme on Advanced Chemistry Cell (ACC) Battery Storage’ to achieve manufacturing capacity of 50 GWh (Giga Watt Hour) of ACC and 5 GWh of ‘Niche’ ACC, with an outlay of Rs. 18,100 crore (US$ 2.47 billion).

For growth industries, such as consumer electronics, electric vehicles and renewable energy, Advanced Chemistry Cell (ACC) battery production represents one of the biggest economic opportunities. PLI scheme for the ACC battery would allow key domestic and international players to set up a competitive ACC battery plants in the region.

Under the PLI scheme for IT Hardware, the approved enterprises are estimated to manufacture equipment worth >US$ 21.62 billion over the next four years. Of the total production, foreign companies have suggested production worth US$ 11.38 billion, whereas domestic enterprises have planned a production of US$ 10.20 billion.

The future outlook of the Electronics System Design & Manufacturing (ESDM) sector looks on track with pandemic easing out.

To support the ESDM sector and its growth path, the government has made electronics production as a vital pillar of many initiatives such as 'Make in India', 'Digital India' and 'Start-up India'. The ESDM sector holds a position of crucial importance in the government's goal of generating US$ 1 trillion of economic value from the digital economy by 2025. The high internet penetration rate and India’s position as the second-largest smartphone manufacturer worldwide is expected to boost the penetration of electronic products, which in turn will drive the ESDM market. %). The Indian electronics manufacturing industry is projected to reach US$ 520 billion by 2025. The electronics sector is expected to nearly double in contribution to the GDP in the next few years, owing to increased support from the government to domestic manufacturing.

Electronics manufacturing and auto get the best of Budget spending on PLI scheme...

The Union Budget 2023-24 has put aside US$ 988 million (Rs. 8,083 crores) for the production-linked incentive schemes (PLI), and the majority of money is going for large-scale electronics manufacturing.

Aadhaar-based e-KYC witnessed a growth of 18.53% in the October-December quarter (Q3) of FY23, where more than 84.8 crores of e-KYC transactions were executed using Aadhaar, registering a growth of 18.53% over the previous quarter.

Indian electronics manufacturing to cross US$ 16 billion (Rs. 1.28 trillion) in the next fiscal: Mr. Rajeev Chandrasekhar...

Mr. Rajeev Chandrasekhar stated that electronics manufacturing in the country is expected to cross US$ 16 billion (Rs. 1.28 trillion) in the next financial year.

Apple is the first company to export phones worth US$ 1 billion in a month from India...

The Economic Times has reported that Apple, the iPhone manufacturer is the first company to export phones worth US$ 1 billion in a month from India. 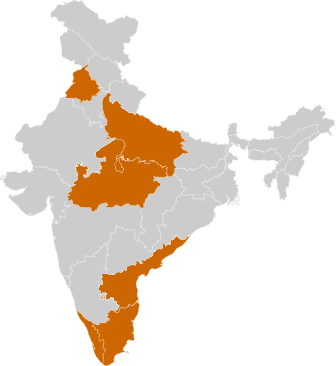 THE ESDM SECTOR WILL GENERATE US$ 1 TRILLION OF ECONOMIC VALUE

This growth is mainly attributed to increasing middle-class population, rising disposable incomes and declining electronics prices in the country.