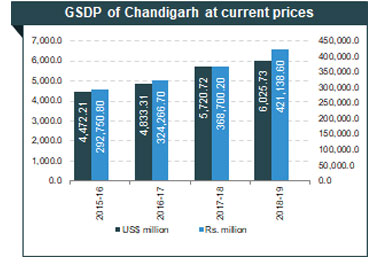 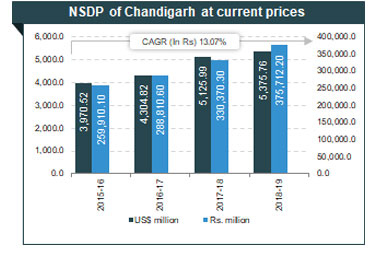 In 2019-20, Chandigarh exported industrial machinery for dairy worth US$ 21.74 million, followed by electronic equipment worth US$ 7.88 million and other miscellaneous engineering products worth US$ 7.45 million

The state attracted Foreign Direct Investment (FDI) equity inflow worth US$ 13.61 million between October 2019 and March 2021 as per the data released by the Department for Promotion of Industry and Internal Trade (DPIIT).

As of April 2021, Chandigarh had a total installed power generation capacity of 218.94 MW, of which 169.57 MW was contributed by central utilities and 49.37 MW by private utilities.

Out of the total union budget 2021-22, a major chunk of Rs. 950.41 crore (US$ 130.57 million) has been allocated for next fiscal year for Housing and Urban Development including the smart city project.

The State Government of Chandigarh has been committed to creating a progressive business environment. The state offers a wide range of fiscal and policy incentives for businesses under the Chandigarh Industrial Policy, 2015.  The Chandigarh Administration is focusing on promoting the ‘Information Technology’ (IT) industry, which requires lesser space. To develop the associated ecosystem, the government has developed high speed data communication facilities for software development and its export by providing a NODE at Punjab Engineering College (PEC), Chandigarh, by collaborating with the Software Technology Parks of India (STPI).

The state has taken several steps to develop the industrial infrastructure and to achieve consistent economic growth. Some of those initiatives are as follows: 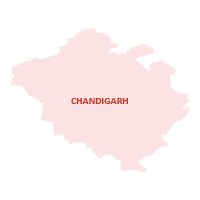